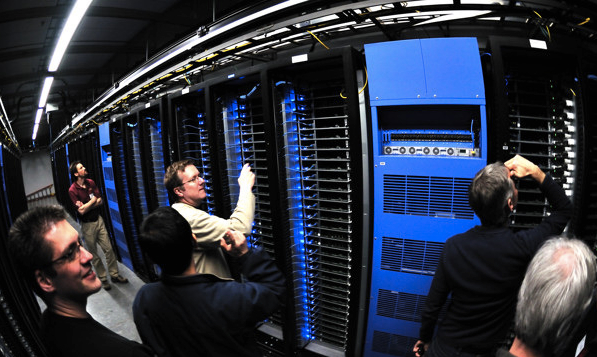 The  New York Times has published an in-depth piece today that purports to document how wasteful the Internet industry is, but some critics say the report is misleading.

The industry’s data centers “consume vast amounts of energy in an incongruously wasteful manner,” the Times writes, summarizing the findings of its year-long investigation. “Online companies typically run their facilities at maximum capacity around the clock, whatever the demand. As a result, data centers can waste 90 percent or more of the electricity they pull off the grid,” it said.

The Times said it had commissioned the consulting firm McKinsey & Company to help it analyze energy use by data centers.

No one doubts that today’s data centers hold significant inefficiencies. Companies are in the middle of making large cloud deployments, a transition that’s clearly at only in its beginning. Indeed, we’re debating this question of how green we can make the cloud as part of our CloudBeat 2012 conference on Nov. 28-29.

The issue is a really important one, and in our view, it’s way too much to be undercut by exaggerated reporting. But that’s what critics of the article are saying: That it’s hyperbole. They say the Internet industry is actually becoming much more efficient very quickly and that the article doesn’t address any of its demonstrated strides in this regard.

They say the article is factually misleading in several instances: While the utilization rates of servers in data centers is cited by the NYT as between 7 and 12 percent, the article failed to point out that this statistic is derived from IT data centers, not from state-of-the-art data centers run by the Internet companies such Amazon, Facebook, and Google, who are leading the way in modernization, argues Dan Wood, the editor of CITO Research, a publication written for CIOs and CTOs.

Wood also calls into question whether the low utilization rates are really all that bad. “The fact of the matter is that with very stable workloads it is possible to get high utilization and with variable workloads lower utilization would be expected, so you have room to handle spikes,” he writes at Forbes. “Think of it this way: Roads aren’t 100 percent utilized. The telephone system isn’t 100 percent utilized. They are there when they are needed.”

And while the article calls Internet companies “secretive,” Wood points out that no credit is given to things like Facebook’s Open Compute initiative (opencompute.org), a program in which Facebook shared the design for a green data center so other companies could use it.

Meanwhile, Rich Miller of Data Center Knowledge points out that the Times’ lead anecdote about Facebook’s inefficient servers takes place six years ago. For its first installment of this series, he writes, the Times does a fact-laden job of telling only half the story:

What’s missing is the narrative of how the industry has responded to the challenge of its inefficiency and environmental stewardship. The last five years have seen dramatic changes in the way the largest data centers are designed and operated, as companies like Google, Yahoo, Facebook and Microsoft have vastly improved the energy efficiency of their server farms by overhauling their power distribution systems, using fresh air instead of power-hungry chillers (“free cooling”) to cool their servers, and running their facilities at warmer temperatures. New design schemes for modular data centers have emerged, offering  highly-efficient designs to customers with smaller operations than Google or Facebook.  And we’re even seeing a growing focus on renewable energy, highlighted by Apple’s massive commitment to on-site solar energy and landfill-powered fuel cells.

Criticism has also started on Twitter: “NYT article on data centers is hyperbolic,” tweeted John Raymond Hanger, a former secretary of the Pennsylvania Public Utility Commission. “They use less than 2 percent of power; power modern life & prevent more pollution than they cause.”

Similar criticisms are being left in the comments on the Times‘ story.

We’re looking forward to the rest of the NYT series, where hopefully we’ll get a better idea of where precisely the industry is still falling short, and concrete ways it can improve.