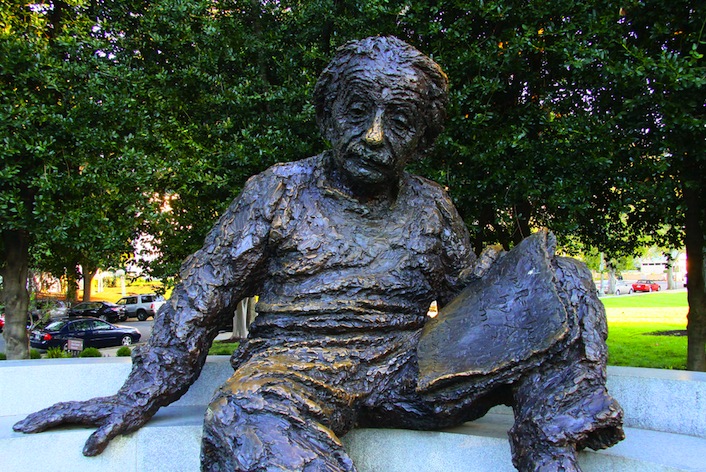 Though Albert Einstein is long gone, the great physicist’s brain lives on. No, not zombie-style; slides of the man’s brain came out in an iPad app form today for anyone to study like a scientist.

According to the Associated Press, the National Museum of Health and Medicine in Chicago converted Einstein’s brain from a collection of hundreds of aging slides to the digitized versions used in this new iPad app. Thomas Harvey created the slides after the great scientist died roughly 60 years ago. The 1950s-era slides are in fragile shape, and today’s researchers fear they will be destroyed or lost, prompting the conversion. 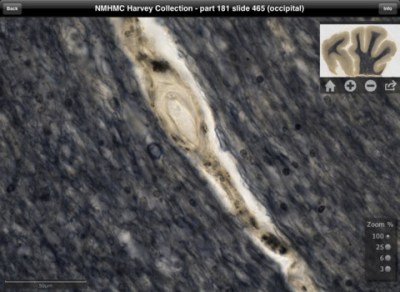 Above: Einstein’s brain on the iPad app.

The app enables scientists (or anyone else) to take the same look at Einstein’s brain as if they were looking through a microscope at the slides themselves. It is available in the App Store for $9.99. The hope is that someone, somewhere will be able to unlock the genius behind Einstein through his brain. It also widely distributes his brain, where it was only available to those who could get their hands on the physical slides.

The Associated Press notes that because we do not have images of the full Einstein brain, we do not know from where on the brain the slides were taken. For now, scientists are just satisfied that a digital version of his brain exists.

via The Associated Press; Einstein top image via Shutterstock