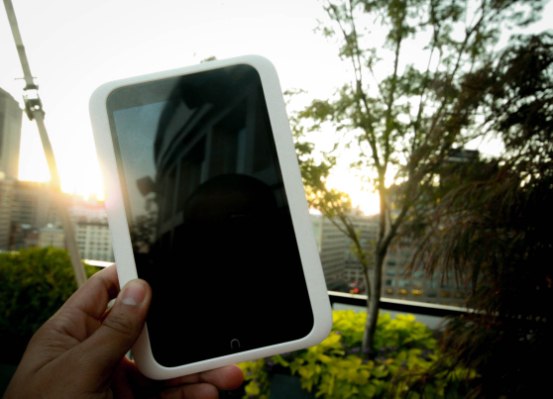 What’s the best way to take down the Kindle Fire? For Barnes & Noble, it’s doing what Amazon does better than Amazon does it.

To that end, Barnes & Noble is announcing the Nook HD and HD+, two impressive tablets that mark the company’s strongest effort yet to seal some of Amazon’s thunder.

The displays -While the 7-inch Nook HD is a very clear follow-up to the Nook Tablet and Nook Color, the Nook HD+ is a big shift for Barnes & Noble as its first 8.9-inch tablet.

“We’re really focusing on the displays with these,” Nook digital products head Bill Saperstein told VentureBeat, noting that the company was really proud of the 243-plus pixel densities on both devices.

User Profiles – The new Nook tablets come with Nook Profiles, which allow every user to create his or her own account. This is especially helpful for parents, as they can create separate accounts for their kids. To take the family friendliness further, the new Nook operating system also allows parents to limit both how long their kids use the tablets and whether they can make purchases. “We’re going to leave the settings up to the parents and take a step back,” Nook product manager Wendy Bronfin said. 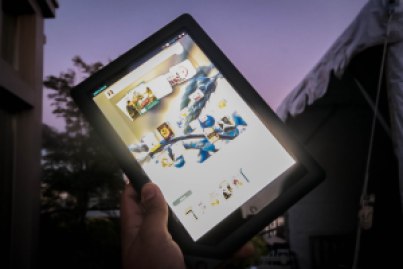 The Microsoft connection – In April,  Microsoft invested $300 million in Barnes & Noble’s Nook business. For Barnes & Noble, this meant making the Nook app a default on Windows 8, and for Microsoft its now means adding support for Microsoft Exchange ActiveSync, which should make it easier for Nook owners to check their email. (Honestly, I was expecting a bit more from the Microsoft partnership by this point.

Nook Video – Launching alongside the new Nook tablets is Nook Video, Barnes & Noble’s very own video service.  A dedicated, non-sideloaded video service was one of the most glaring omissions in Barnes & Noble’s content catalog, so it’s a big deal that Barnes & Noble has finally added it. “This really fills out our content portfolio in a strong way,” Nook digital content manager Jonathan Shar said.

Price – The 8GB Nook HD will run for $199 while the 16GB  model will sell for $229. In comparison Amazon’s 16GB and 32GB Kindle Fire HD tablets will retail for $199 and $249, respectively. Unlike the Kindle Fire tablets, however, the new Nooks come with support for expandable storage, which should make their lower storage offerings more palatable. (Amazon’s more interested in funneling users into its cloud storage.)

Surprisingly, at $269, the low-end 16GB Nook HD+ isn’t too much more expensive than the high-end Nook HD. In comparison, the 32GB version will retail for $299, which is a whole lot less than, say, the iPad.

Availability – Both the Nook HD and HD+ will be in stores in early November, and Barnes & Noble was eager to note that, unlike the Kindle Fire, both devices will see some heavy promotion in stores like Target and Walmart.