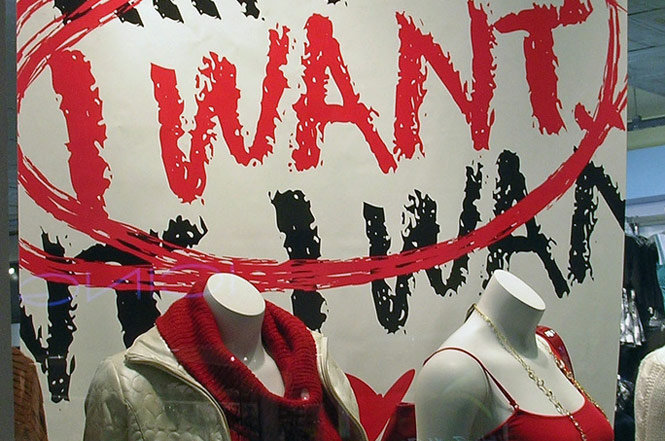 Online want marketplace Ubokia is launching a back-door e-commerce gateway into Pinterest, the most popular network for sharing (but not buying) beautiful stuff.

“We’re providing one of the missing pieces between Pinterest and commerce,” Ubokia VP Matt Pine told me. “Pinterest is an amazing site, but there’s a huge gap between discovering something great and purchasing it.”

Pinterest, which has continued its torrid growth this year by reaching 29 million visitors in July, has shied from aggressively monetizing its massive success … aside from a brief flirtation with undisclosed affiliate links. Instead, the company seems to prefer to grow its userbase before overtly monetizing by, for instance, providing links to stores where Pinterest users could purchase products featured on the site. 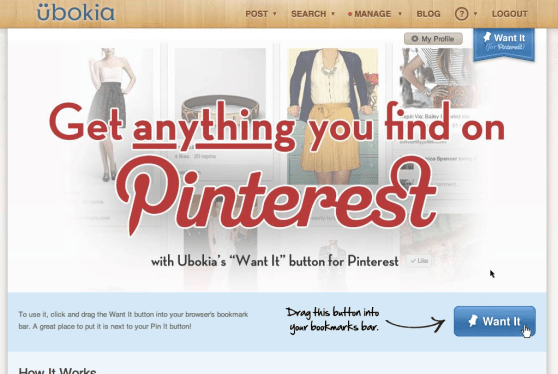 That gap between see and buy is a problem, according to Pine. And Ubokia is solving it with a little button that you drag to your browser’s toolbar: the Want button. Pinterest users can now see something they like on the site, click the want button, and instantly create a request on Ubokia for exactly that item … all without leaving Pinterest.com.

Pine provides the example of a gift he wanted to provide to his girlfriend. Despite finding the exact bracelet on Pinterest, he had no way of actually finding a store online or off that sold it. But when he posted the want on Ubokia, several jewelry retailers — and a number of Etsy hobbyists — replied, giving him options to purchase.

“Pinterest is a discovery engine,” Pine says. “Ubokia is a want engine … and they can be very cool together.”

The match comes with a few caveats, of course. 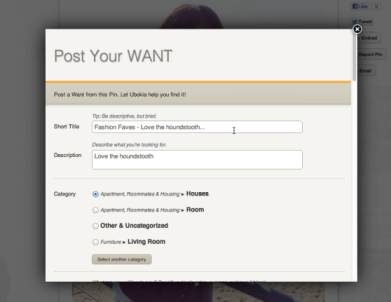 Pinterest and Ubokia have no integration, although Pine says Pinterest knows what Ubokia is doing and “loves this.” That means Pinterest won’t make any money on sales generated via Ubokia, and it also means that Pinterest users won’t even know about the post-your-wants opportunity unless they find out from Ubokia.

But, no question, Pinterest is driving huge traffic to online retailers, and this Ubokia initiative may be a good test of the full e-commerce potential of the site.

And a full partnership between Pinterest and Ubokia may be in the offing, Pine hinted, depending on the success of this initiative.

Time will tell if that’s wishful thinking or accurate prognostication.