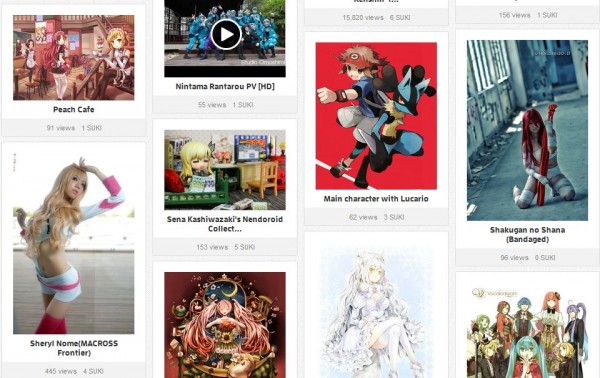 If you want authentic culture of Tokyo, then do I have the Facebook fan page for you. Tokyo Otaku Mode is the best of everything anime, cosplay, and manga coming out of Japan.

Tokyo Otaku Mode is currently just a Facebook page with 6.5 million fans. That’s a lot. It’s the most popular anime and manga page, but it is only a fraction of, say, Coca-Cola’s 50 million fans or Disneyland’s 15 million.

“We don’t have as many fans as Lady Gaga, but our TAT [talking about this] is very high in comparison,” Tokyo Otaku Mode’s chief financial officer Nao Kodaka told GamesBeat in an interview.

Kodaka is referring to the TAT, or the “talking about this” number, that appears to the right of the “like” counter on a Facebook page. Currently, Tokyo Otaku Mode’s TAT is 279,443. That is the number of people actively engaged in liking and commenting on posts. Compare that to Disneyland, which presently only has a TAT of 252,447. 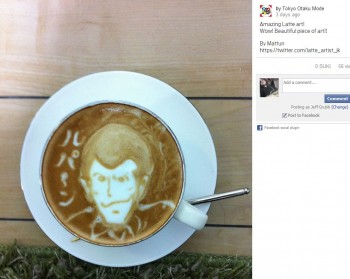 That’s all just a bunch of figures, but it’s the kind of data that proves the audience for Japanese youth culture is engaging and congregating in this one place.

Tokyo Otaku Mode’s chief executive Tomo Kamei founded the Facebook page in March 2011. In less than one-and-a-half years, the fan page has grown from nothing to one of the fastest rising entertainment pages on Facebook according to the trend analytics website SocialBakers.com.

Now, the company has a huge team of 40 employees. Many of those staffers are full-time content curators. They scour their sources looking for the next hot cosplay (costume play) picture or image of latte art. The team has built working relationships with the biggest names in anime and manga. Publishers like Shueisha (Naurto) are desperate to get their characters and content featured on Kamei’s popular page.

Famous cosplayers also submit their images directly to the team so that they can enjoy Tokyo Otaku Mode’s huge reach.

Now, don’t assume these posts are all bouncing around in some Japanese-only echo chamber.

“We found that 99 percent of our users are from outside of Japan,” Kodaka said. “This is why it’s an English-language site.”

The Facebook page Tokyo Otaku Mode is now one of the biggest exporters of Japanese sensibilities. So now what? Well, how about a website and a mobile app?

Otakumode.com is deep into production. It’s in closed beta now (you can request an invitation here), but GamesBeat has taken it for a spin.

Kodaka billed the new website as a Pintrest for anime fanatics, and that’s what it is.

Images of cosplayers, toys, and all kinds of other curiosities fill out a grid-style layout. One titled “Amazing Latte Art!” expands into a gallery with 10 pictures total. Each one has its individual Facebook-integrated comments section. It’s a quick and easy-to-use interface.

Instead of a sheltered system of 40 hired curators, the company is going to allow approved community members to submit their own content. This should only increase the brand’s user engagement. Kodaka says the team plans to hold an open beta for the website in October.

An iPhone app is also in development with iPad and Android versions to come later. It will be a simple feed reader for the website but will be another piece of the company’s plan for world domination.

Tokyo Otaku Mode is one of the better examples of how to leverage social media. Having 6.5 million fans on Facebook is great, but 40 employees can get expensive. Kodaka plans to implement advertising and a product store on the website to begin producing revenue. The strong relationships that the company has built with anime and manga studios using its Facebook page is going to come in handy. Those companies already know that Otakumode.com has a dedicated audience brimming with anime fans.

The social-media company just closed out a round of funding from angel investors, and it’s shifting away from its reliance on the platform that built it. If nothing else, this little fan page with a huge following is an example of something new.

This isn’t an old company that turned to Facebook to stay relevant, which is the story we’re all used to. Instead, Tokyo Otaku Mode is a company that was born out of its own social-media relevancy. It’s an Internet miracle, and it’s cutting the cord.

“We’re not operating on the assumption that Facebook is eternal,” Kodaka said.

Now, we’ll just have to see if Tokyo Otaku Mode will be around long enough for it to spawn off a couple of cute companies of its own.