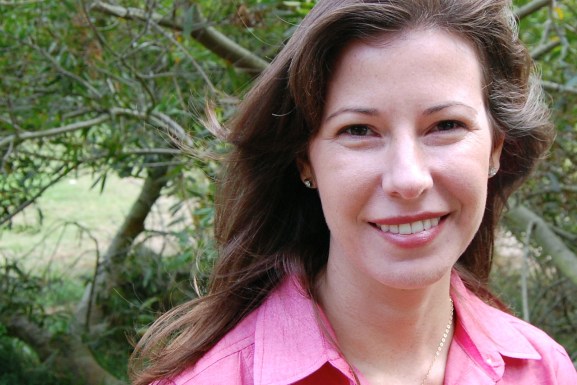 This sponsored post is produced by Inga Weizman, Founder of Cloud Mafia.

I’m often asked how Cloud Mafia came about and what makes this mob so successful?  With 2000+ members, it’s the largest group of its kind in San Francisco. But before I get into the story about how I formed the group, I want to take a step back and reflect on what Cloud Mafia actually is. At heart it’s a community, a notion that has existed for ages, derived from latin communitas. Cloud Mafia is a community for anyone interested in or involved in the cloud space. The group’s mission is for people to get together, share ideas, learn and network.

We are all members of numerous communities, large and small.  A community can take on different forms: the university we attend, sorority we pledge, marathon group, wine club, hacker group, a sports team… I think you get the idea here. Each of these is an example of a community of people that share a common value or interest and are looking to meet like-minded individuals. Communities have also recently become virtual (thanks to the internet), but people are social creatures and nothing can replace face-to-face interaction. Communities are made up of individuals, like you and I, and thrive so long as we are willing and interested to participate and contribute.

A key factor in building a community is to have as many members as possible actively participate and get involved rather than be passive onlookers. While sometimes it’s more fun to watch than play, at some point the roles have to reverse; there has to be balance in order for the community to grow and evolve. With most of us having too much to do and not enough time, where we choose to spend our time is highly selective and competitive.

Back to Cloud Mafia and its origins. I was a Marketing Director at Loggly when I was looking to build a community presence for the company. It was a very open-ended goal that was up to me to strategically design and execute. A community made strategic sense for the company since the product was designed for developers. As a group, they tend to be very involved in communities, especially in the Bay Area. There were already tons of groups out there for developers and companies, which presented a unique challenge for my initiatives. How do I build something unique and valuable? So I set out to understand communities better, experiment with different meetups, and figure out what really makes successful communities.

I see so many companies creating self promoting groups solely for personal gain, and I wonder why anyone would go to such events unless they want to hear a sales pitch or get free drinks. What I learned is that a community needs to be about the members’ needs rather than the organizers’–the idea is that everyone has the opportunity and inclination to get involved and contribute. If the purpose is to learn and interact, then it only makes sense for community members to be active rather than passive. 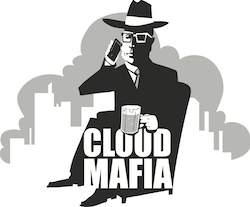 The “cloud” space is a unique culture. It embraces using third-party technologies while focusing on their core expertise. It’s also maturing and evolving at an incredibly fast pace. What I realized was missing in the space was a group that created a collaborative environment for cloud companies to network, learn, share and interact with one another on a local and personal level.  In a way, I was looking to create a group for myself that I wanted to be part of and look forward to participating in not because I had to, but because I wanted to.

Of course, I did not come to this conclusion right away.  As with most things in life, success comes from failing, learning and trying again. First, I did a tour of numerous meetups, we presented at and sponsored a bunch of them, but I realized that would never scale and lacked strategic sense. Then I created a logging group that epically failed with only five people showing up to the first event. But what I learned during the entire process was invaluable for me to create Cloud Mafia successfully.

As I continued to think about the cloud space, I realized what was lacking–a group for “cloud” companies that was all inclusive for everyone, independent and not company branded. Surprisingly, there weren’t any groups like this in the San Francisco, so I took the plunge. I named it Cloud Mafia after a few brainstorming sessions and glasses of wine. Being a marketer, I understand the value of branding, and I wanted the group name to be fun and reflective of the culture and community that I wanted to create.

The flagship event was at a bar in SOMA. I set high expectations for myself, but I honestly didn’t expect Cloud Mafia to be such a hit right away. Everyone really loved the idea and wanted to be part of it. I had tons of companies get involved and help promote. The first event was a rocking success with 300+ attendees, founders, VC’s, press and analysts in attendance. The reviews were nothing but praise, and people were looking forward to the next event.

What I love about this group is that people are there to meet others in the industry and learn from one another–it’s never about the free food and drinks, like so many events have become. As I mentioned before, communities evolve over time and change to accommodate their members. Even though Cloud Mafia started as a networking group, it now also holds monthly techtalks with 100+ folks attending and 2-3 speakers each time. The presentations are required to be thought leadership level, like you would hear at industry conferences.

How to Build a Successful Community:

●Create a community based on common interests.

●Define your mission, goals and be organized.

●Design a community where members have the opportunity to become active participants.

●Be prepared to scale, grow and adapt the community as it matures.

Cloud Mafia is currently at 2000+ members and growing thanks to an amazing community that is constantly innovating, creating, sharing, networking and learning from one another. For more info check us out here.