Among active PlayStaion Plus subscribers, 97 percent describe themselves as satisfied or very satisfied with the service.

That number is up from around 50 percent from before the last E3. What’s different? GamesBeat turned to Jack Buser, PlayStation’s senior director of digital platforms, to find out.

“At E3 we announced the Instant Game Collection,” Buser said. “That’s when we focused the value proposition of the membership on the notion that if you’re a member, you have access to an instant library of games. And these are great games like Little Big Planet 2, Infamous 2, and Ratchet and Clank: All 4 One.” 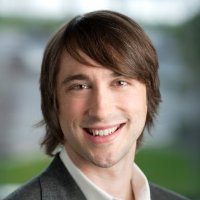 That focus on value has made all of the difference. When the PlayStation Plus subscription service launched in 2010, critics were skeptical that it would be worth the $50-a-year fee. Much of that chatter has died away, and the conversation has shifted to focus on what a great product PlayStation Plus is.

“That week of E3, we saw a 2-times lift of new membership sales,” Buser said. “It just skyrocketed.”

GamesBeat asked Buser if PlayStation Plus members’ dissatisfaction with the service spurred Sony to create the Instant Game Collection. The Sony executive agreed.

“It was a very conscious decision, but it’s also part of the evolution of the product,” Buser said. “One of the great things about a digital business is that you can be very agile. You can respond to your community’s wants and desires. If you do things that they don’t like, you can stop doing those things. If you do stuff they like, you can do more of that stuff.”

Buser explained that Sony has done tons of research and came to a conclusion: “Gamers want games.”

The executive even laughed at the absurd obviousness of that statement.

As executives are wont to do, he described this new avenue of game delivery as a “win-win.” Customer renewal intent is 93 percent, so gamers are happy and Sony has a reliable stream of revenue. Meanwhile, publishers have another way to promote their games.

Specifically, Gearbox promoted the Borderlands 2 release by adding the original Borderlands to the Instant Game Collection.

“It’s a great opportunity for the publisher to get that IP out in front of all kinds of new people,” Buser said. “Some of the most active and vocal people on PlayStation Network are PlayStation Plus members, and a whole new group of people were exposed [to the Borderlands franchise] right in time for Borderlands 2.”

Raising brand awareness in time for a sequel is just one of the motivating factors that brings publishers into PS Plus’s Instant Game Collection. Other studios want a bigger audience in time for the release of downloadable content. Other games have reached their peak, and the publishers want to get more hardcore gamers into the game so they can sell micro-transactions.

“A publisher that wants to get an influx of gameplay going for a variety of different reasons, the Instant Game Collection is a great way to do that.”

Sony has received plenty of criticism for ignoring market realities. Failure to drop the price of the new model PlayStation 3 is an example of this. PlayStation Plus seems like a decent counterargument against that.

“I think it’s absolutely a killer app going into this holiday,” Buser said. He would say that, it’s his job, but a 97 percent satisfaction rate among paying customers suggests he could be right.