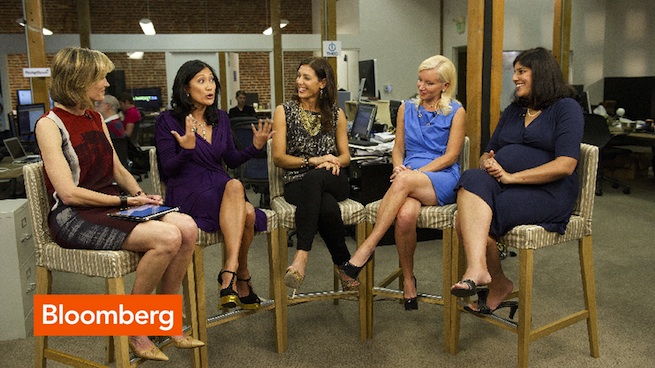 Whether we like it or not, Silicon Valley has entered into its golden years. Reality TV executives are flocking from Hollywood to the technology capital, and are spotlighting the young, wealthy and most telegenic entrepreneurs.

For women tech leaders, there is a grittier and far less glamorous reality to life in Silicon Valley. It’s far more relatable than 20-somethings galavanting in a San Francisco mansion. These high-powered women are struggling to juggle work life and a family, to gain respect from their male colleagues, and to pull the long hours required to build a successful startup.

Expect some frank honesty in Silicon Valley’s equivalent of ABC’s “The View“, launching this Monday. Bloomberg TV’s new television series known as “Women To Watch“, showcases the women that are closing the gender gap.

Bloomberg provided us with an advance on the show; I can tell you that it’s highly refreshing. These ladies are high-powered but are willing to fess’ up to some of the everyday challenges and offer useful tips.”There are some days I’m the most awesome CTO but not the best mom,” admits Padmasree Warrior, Chief Strategy and Technology Officer at Cisco.

“I’ve never felt any overt discrimination. It’s quite different than when I was a female engineer at GM and people asked me if I was bringing the mail,” Theresia Gouw Ranzetta, Accel Partners revealed when asked about the Kleiner Perkins lawsuit.

To learn more about life for female execs at Silicon Valley’s tech startups, check out this roundtable discussion with the ladies of Box.