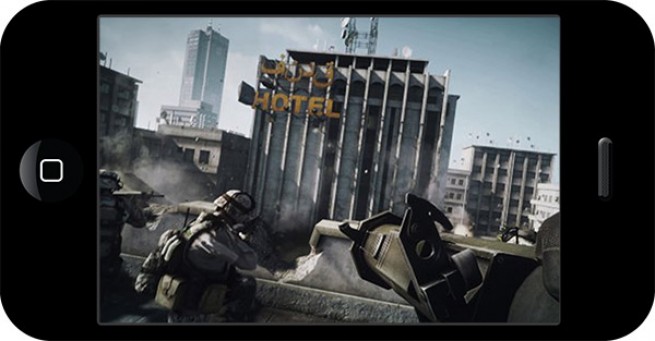 DICE, the studio responsible for the Battlefield series of first-person shooters, listed an opening for a mobile-software developer on its website. The company, which is a wholly owned subsidiary of Electronic Arts, previously showed off Battlefield 3: Aftershock, a smartphone followup to the visually impressive PC version.

Now, EA and DICE hope to give the mobile rendition of their games the same visual pzazz as their high-definition PC and console games.

In addition to promising a great place to work for creative people, the job posting also asked for the following:

Frostbite is looking for developers who want to join us in taking our engine to the next level. You will be part of a team focusing on bringing Frostbite to mobile platforms and work closely with game team customers and the Frostbite team to deliver an engine as great on mobile platforms as it is on traditional HD platforms

The graphics engine is a key aspect of any game. It provides any developer a strong backbone to build its product on top of. Gears of War developer Epic Games develops its own graphical powerhouse, the famous Unreal Engine, and then allows others to use it for a fee. Epic has already built scalability into Unreal. Several games, like Dungeon Defenders and Epic’s own Infinity Blade, use the engine on iOS and even on Android.

EA doesn’t like using Unreal. It is also one of the few publishers with a choice. It’s started to have its other subsidiary developers use Frostbite 2 as well. BioWare’s Dragon Age III: Inquisition, Visceral Games’ Army of Two: The Devil’s Cartel, and Danger Close’s Medal of Honor: Warfighter all use DICE’s engine.

If the Swedish company can optimize the graphics suite for mobile platforms, it’ll likely be an important part of EA’s smartphone-game strategy.