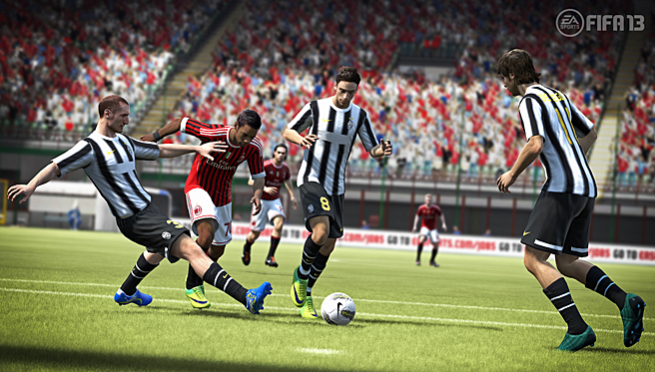 FIFA Soccer 13 is like a big football club’s yearly jersey refresh. EA Sports’ latest multiplatform ball-juggling juggernaut has some flashy original material, a few designs we haven’t seen before, and some unexpected accents.

The colors and crest, however, remain the same.

This year, as usual, EA’s treating us to the customary gameplay tweaks, updates to typical modes, and unique additions like PlayStation Move support.

So is FIFA 13 worth the investment, or should fans stay true to last year’s already broken-in release? Let’s hit the pitch and find out.

First Touch Control is frustratingly authentic and appreciated
Soccer is a skill-based endeavor. Sometimes, a microscopic shift of the foot can cause a ball to ricochet in an undesired direction. FIFA 13 feeds off the chaos through its all-new First Touch Control mechanism, bringing another wild-card variable to the action.

Players now react differently to each pass they receive. Beautiful counterattacks flounder in the wake of a stumbling defensive midfielder with a subpar ball-control rating. Pinpoint triangulations between attackers near the goal are more uncertain. And even the most endorsement-bloated superstars find that cushy, round meal ticket occasionally escaping their nimble feet. 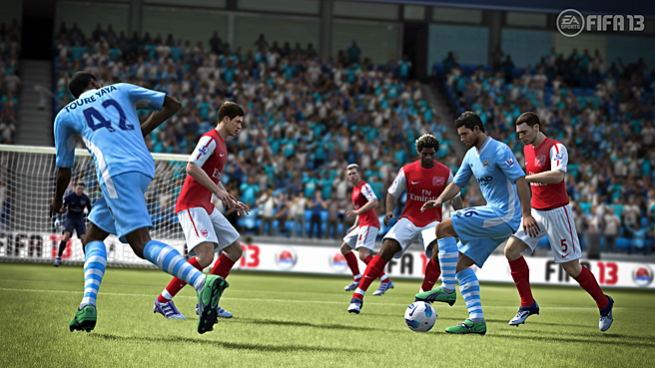 The new tweaks are random and infuriating, but they mimic the hair-pulling, unpredictable nature of real-life ball physics.

These touches hurt, but in a weirdly pleasant way.

Catalogue and Match Day join the EA Football Club
Last year, the EA Football Club made its first appearance. The socially driven mode gave players a chance to show their pride by linking their in-game accomplishments to groups associated with their favorite teams. This year, the mode returns in full footie force with new Catalogue and Match Day features.

Catalogue lets you redeem the experience points you earn from playing for soccer gear and career-mode boosts. These bonuses give you one more reason to rack up XP from weekly Football Club challenges and other pursuits. Match Day constantly refreshes rosters to reflect real-world results, making slight adjustments to team form and updating lineups when players get injured.

New skill games sharpen your simulated-soccer skills
While actual athletes might hate them, training drills make for some pretty compelling minigames. FIFA 13 is packed with addictive, orange cone-laden challenges that highlight gameplay basics like dribbling, passing, shooting, and even penalty kicks. The skill games should be particularly helpful for FIFA first timers who are still getting used to their digital boots. Series veterans should be pleased to know, however, that some of the drills provide just enough thumb-numbing difficulty.

And the developers had enough good sense to replace the boring man-against-goalkeeper loading screen pastime with these random bits of training. So you might actually get distracted into lobbing soccer balls at plastic buckets instead of pressing Start to get on with your exhibition match. 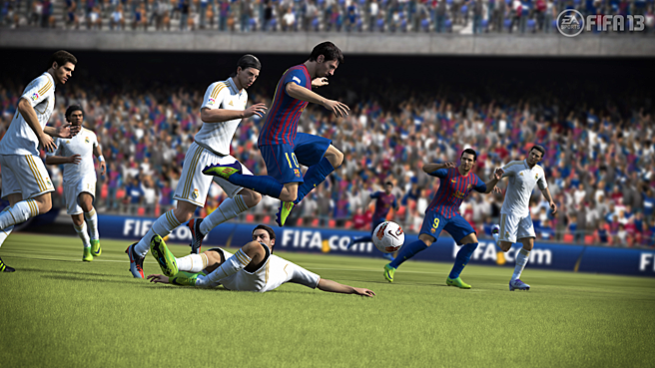 PlayStation Move support is surprisingly useful
When I discovered that FIFA 13 would feature PlayStation Move support, I couldn’t help but cringe at the gimmicky possibilities. Would I have to attach the PS3-mote to my shooting foot with some novelty strap? Or would I be able to access an all-new referee experience where I’d wave my Move controller around as I dished out yellow card after yellow card? Amazingly, PlayStation Move actually adds to the FIFA experience, especially when playing with a friend on the same team.

The Move lets you carefully map teammate runs during the course of play by moving an onscreen cursor, which is a real advantage. That means you can set up the perfect one-two pass-and-shoot scenario or exactly trace that ideal counterattacking sequence. Everything really comes together when playing in a cooperative setting. One person can control the ball while the other diagrams surgically precise paths across the field.