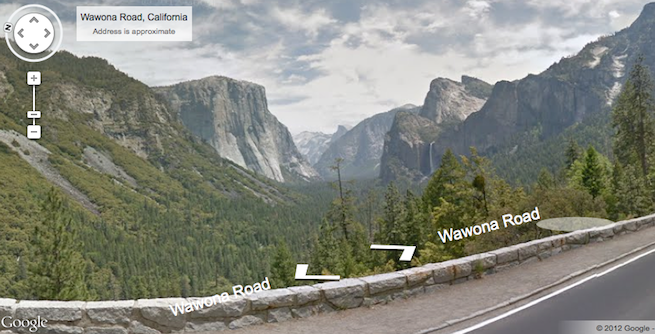 By now you’ve either heard about how inadequate the native iOS 6 Maps app is compared to the old Google Maps app or experienced it yourself. Well, some good news is in the pipeline for those still suffering.

Google plans to add the Street View feature, which shows what an actual location looks like from the ground level,  to its iOS Maps web app. This is according to AllThingsD’s Walt Mossberg, who mentioned the details within a review of the native Google Maps app on Android.

The old Google Maps app didn’t have the Street View feature, which means iOS device owners running the latest operating system may have one more reason to run back into the arms of Google. This isn’t even the first upgrade Google has made to remind people how awesome the service is by comparison. Last week, the search giant added high-res 45-degree imagery in 51 cities to Google Maps.

The new feature should be available on the web app Thursday, according to Mossberg. He added that the company still intends to create a native version of Google Maps for both the iPhone and iPad at some point in the future, which lines up with comments made last week by Google Chairman Erik Schmidt.

Apple Maps received almost immediately ridicule from iPhone owners when it debuted back in September, spawning its own Tumblr blog with examples of errors. It also resulted in a plethora of articles explaining why the app wasn’t on par with other Map services, including a good one by VentureBeat editor-in-chief Matt Marshall. The bad press caused Apple CEO Tim Cook to issue a public apology about the Maps app’s poor quality and even remove any mention that it was the best, ever.

That said, a Google Maps native iOS app would be ideal. But for now, the addition of Street View should keep everyone happy.