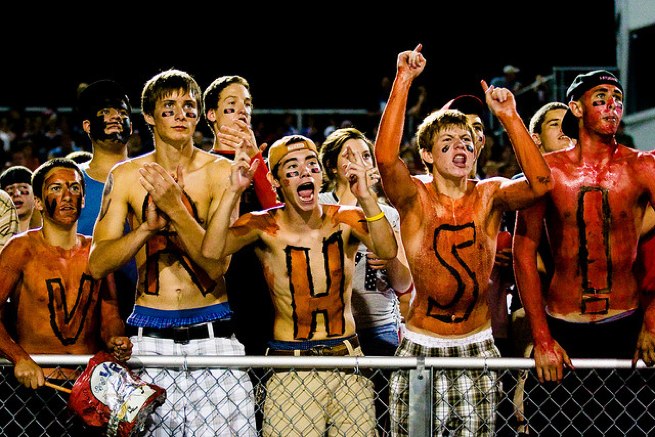 Competitive types (you know who are you) have a new way to track of the success rate of their bravado thanks to the beta release of mobile app Youbetme.

Youbetme is a product for people, especially sports fans, who want to flex their muscles, intellectual or otherwise, and challenge their friends to bets, big or small, with wagers attached. 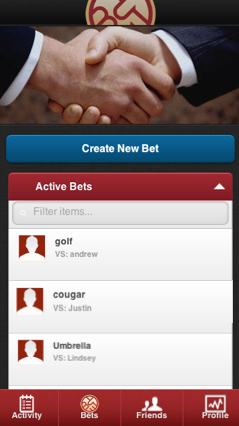 The system, which works either via SMS, native application, or mobile web, seeks to make bets such as a wager on a friendly game of golf or gamble on a football rivalry all the more manageable and enjoyable — for the victor, at least. The 1-year-old startup behind the application, Social Bet, hopes to make anywhere-anytime bets possible for all.

CEO and cofounder Jason Neubauer told VentureBeat that the Youbetme idea stemmed from his own sports fanaticism. Neubauer said he set out to create, with the help of friends and cofounders Justin Jarman and Nils Lahr, something that was both easy and fun but ultimately kept friends accountable for their wagers with “street cred.”

People can use Youbetme to challenge Facebook friends to bets, nudge losers to pay up, and keep track of their entire history of wagers. The experience also works seamlessly via SMS so that when Joe Bruin gets a hankering to bet Travie Trojan on the outcome of a matchup, he can do so instantly.

During his presentation at DEMO, Neubauer test drove the product with a wager he knew would grab the attention of the VentureBeat team: how long will it take the next Zynga exec to quit? He placed the bet with his co-founder, and the loser has to buy dinner.

If the loser fails to pay up, you can nudge him with a preformatted text message reminder in one of three styles: “Nice,” “Firm,” or “Dick.” 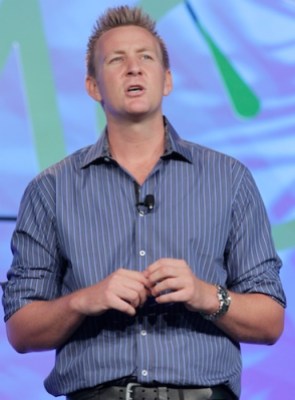 “Rather than create a one-off app, we’ve created a patent-pending consumer technology platform developed in HTML 5 and native application that allows anyone, anywhere, on any device to place a bet with friends,” he said.

And then, with a bit of brogrammer bravado, he added, “We are not an app, we are a fucking platform.”

Currently, transactions are not enabled on Youbetme due to gambling regulations, but Jason Mendelson, Managing Director of Foundry Group, foresees this as changing in the future.

“If you listen to what is going on in Congress and with tax authorities, if its not legal today, I think the model will be legal tomorrow,” he said.

Social Bet is a six-person, seed-funded startup with offices in San Francisco and New York.

Social Bet is one of 75 companies and 6 student “alpha” startups chosen by VentureBeat to launch at the DEMO Fall 2012 event taking place this week in Silicon Valley. After we make our selections, the chosen companies pay a fee to present. Our coverage of them remains objective.