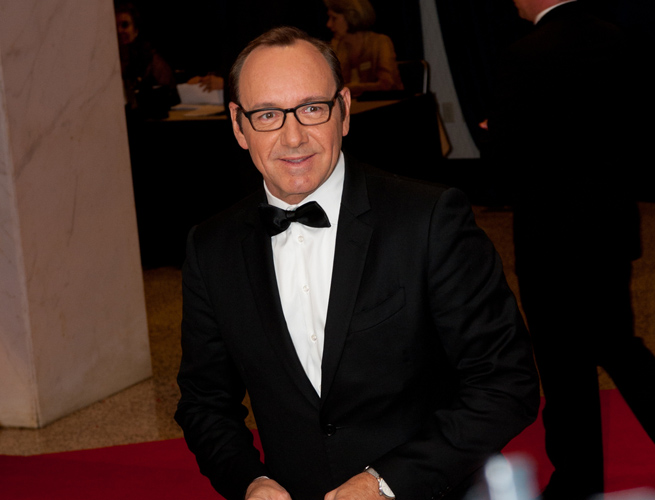 Like the other original content Netflix is creating to help it maintain customers in its growing war with HBO and cable companies, “House of Cards” has high-profile names attached. Other shows being produced in part by Netflix include Eli Roth’s “Hemlock Grove,” Steve Van Zant’s “Lilyhammer,” and Jenji Kohan’s “Orange is the New Black.” And of course, we can’t forget about Netflix resurrecting Arrested Development.

“House of Cards,” which is an adaptation of a BBC drama by the same name, follows the narrative of a powerful politician (Spacey) working his way up in Washington. In a move sure to please TV watchers who can’t wait to see what happens next, Netflix will make all 13 episodes of the show’s first season available immediately.

The show description and the talent behind the camera make it sound compelling:

All 13-episodes of the drama series’ first season will be available to Netflix members in territories where Netflix is available — North America, the UK, Ireland, Latin America and Scandinavia.

An uncompromising exploration of power, ambition and the American way, the series orbits Francis Underwood (Spacey), the House Majority Whip. Underwood is the politician’s politician – masterful, beguiling, charismatic and ruthless. He and his equally ambitious wife Claire (Wright) stop at nothing to ensure their ascendancy. In addition to Spacey, Wright and Mara, the series also stars Corey Stoll (“Midnight in Paris”), Kristen Connolly (“The Cabin in the Woods”), Michael Kelly (“The Adjustment Bureau”) and Sakina Jaffrey (“Definitely Maybe”).

Fincher directed the first two episodes of the series, which were written by Willimon. James Foley (“Glengarry Glen Ross”), Joel Schumacher (“Falling Down”), Charles McDougall (“The Good Wife”), Carl Franklin (“Devil in a Blue Dress”) and Alan Coulter (“The Sopranos”) also serve as directors on “House of Cards.”

Will you watch “House of Cards”?