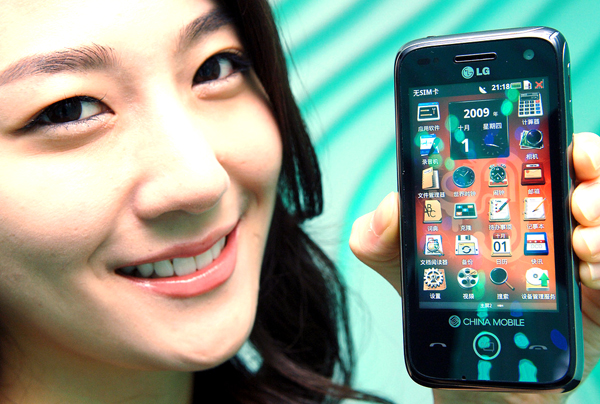 Another year, another flagship Nexus Android smartphone on the horizon. This year, it looks like LG is the leading contender to build the next Nexus phone, and if you believe the rumors, it may be a bit of a shock to Android fans.

LG’s Nexus is reportedly based on the company’s Optimus G smartphone, will feature wireless charging, and is target for a mid-November launch, according to MoDaCo.

But the site also notes that it will only be available with 8GB and 16GB storage options initially, won’t allow for expanded storage with MicroSD cards, and won’t even let you swap out the battery. These all sound like a surprising amount of limitations for what’s supposed to be the next flagship Android experience.

Since the launch of the Nexus One (built by HTC), Google has used the Nexus line to serve as a model for all of the Android phones that would follow for the next year. The other devices in the lineup, the Nexus S and Galaxy Nexus (both built by Samsung), further refined what the ideal Android phone could be. The Nexus line is also notable for being the first to sport new versions of Android, while other Android phones have to wait for their manufacturers and carriers to approve updates.

To be fair, while the Nexus phones have always been  among the best Android phones on the market, they’ve occasionally lagged behind in certain hardware features. The Nexus S, for example, couldn’t record high-definition video, even though plenty of Android phones offered it at the time. Last year’s Galaxy Nexus also sported a surprisingly low 5-megapixel camera resolution. LG’s rumored Nexus could just be continuing with this disappointing trend.

In terms of other specs, the LG Nexus will reportedly feature a quad-core Snapdragon S4 processor (not a huge surprise), 2GB of RAM, and a 1,280-by-820 screen resolution. We don’t have any word on screen size yet, but I’d imagine it would be similar to the Optimus G’s 4.7-inch display.

Rumors also indicate that Samsung will offer an upgraded version of the Galaxy Nexus in the next few months, so that could be another option if LG’s Nexus doesn’t float your boat.