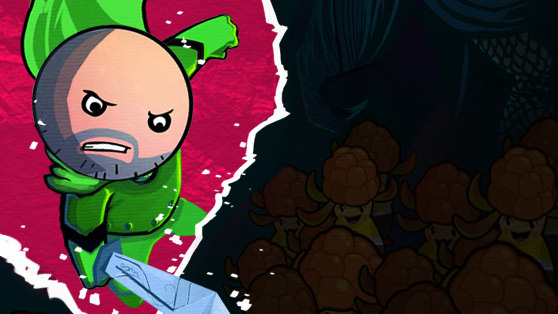 The Wii U launch window is substantial — here’s the list — but three games slipped under our radar when Nintendo revealed its opening lineup last month. You might not have heard of them, either, but their early presence on the console suggests that Nintendo is moving toward a new future: one that has a place for indie games.

Chasing Aurora from developer Broken Rules, Cloudberry Kingdom from Pwnee Studios, and Little Inferno from Tomorrow Corporation haven’t received as much attention as some of the other upcoming Wii U games, like ZombiU or Nintendo Land. But the three studios confirmed their games are releasing in November, the first month of launch — and a time when all eyes are on Nintendo.

The games and release dates

Set in the Austrian Alps (with music that features instruments native to the area), Chasing Aurora is a puzzle-platformer “about the dream of flight.” As a mysterious member of the bird people, the player competes in aerial challenges. It’s mostly a multiplayer experience, but Pichlmair says the game offers a time challenge for single players.

The pressure to reach the November deadline is great for Pwnee Studios as well. “We’re jamming on the throttle, trying to get Cloudberry ready for Wii U on day one of launch,” said cofounder TJ Lutz. “That may slip by a week or two if we run out of caffeine. But I promise that we’re all hands on deck trying to hit that target.” Lutz says the game will also launch on “a smorgasbord of other platforms,” including PC. The developer plans to reveal the list early this month.

Lutz confirmed the game is a downloadable for Wii U and described it as “something like Super Mario Bros. 3 meets the escalation of Tetris. That’s what we wanted to build. We wanted levels tailor-built for each player, which seems pretty daunting, so we ended up spending years building an artificial intelligence that understands level design. Then we set the A.I. loose into our game, so it could build infinite levels until the end of time. The result is an infinite slew of awesome levels, fit for any skill level, from casual to superhardcore.”

As for Little Inferno, developer Kyle Gabler said, “We currently plan to release Little Inferno on the Wii U, PC, Mac, and Linux platforms and are shooting to release the PC and Wii U versions on the day the Wii U launches — so Nov. 18 or so.”

The veteran World of Goo creator didn’t want to say too much about the downloadable game and spoil the experience, but he did hint at what players can expect. “Little Inferno is set in a place where it’s been snowing for as long as anyone can remember,”  he said, “and it’s getting colder.” The new toy on every kid’s wishlist this year is the Little Inferno Entertainment Fireplace. Children can buy toys and other products from a catalog (items such as robots, tiny galaxies, batteries, or squealing bugs), toss them in the hearth, and then play with them as they burn up. “Everything reacts differently,” said Gabler. “Sometimes [it’s] adorable, surprising, or explosive. As objects burn, they pop out coins — and other things — that you can use to buy more objects and catalogs. But that can’t last forever!”

He added, “I think the previous description is a fairly accurate summary, but it’s also kind of like saying ‘a city is a bunch of bricks stacked into buildings.’ Half the fun of Little Inferno is discovering exactly what’s going on.”

Gabler and Lutz were both tight-lipped about how exactly Little Inferno and Cloudberry Kingdom, respectively, will use of the Wii U’s GamePad controller. However, Lutz said, “We’ve got some plan for unique ways to use the GamePad, but our main focus right now is to nail the core platformer experience.”

Gabler mentioned that players can switch between the Wii Remote and GamePad whenever they want. “We’re hoping we can also sneak in multiplayer, so the whole family can sit around and poke and prod their glowing high- definition fire together — using a combination of Wiimotes and GamePad — but that may have to come in an update. We’ll see.”

But Pichlmair wasn’t afraid to say that Broken Rules is getting the most out of the new controller with Chasing Aurora — perhaps the smartest approach for helping indie games find a home on the Wii U . “When you are the player whose turn it is to play on the GamePad, you have a unique viewpoint,” he said. “It’s called asynchronous multiplayer. In some game modes, you also play a special role as the GamePad player. You have different capabilities than the players on the TV. Also, everyone gets to play on the GamePad, and there are up to five players at once. At last, the single-player challenge mode can be played on the big screen or the small screen alone.

“Here’s an example of different capabilities: In the ‘Freeze’ mode, the GamePad player steers an ice bird that can freeze other players by touching them. The other players have to evade him while staying on one screen, whereas the GamePad screen allows the ice bird to freely fly through the level. Also, the scoring is different depending on which role you play.” 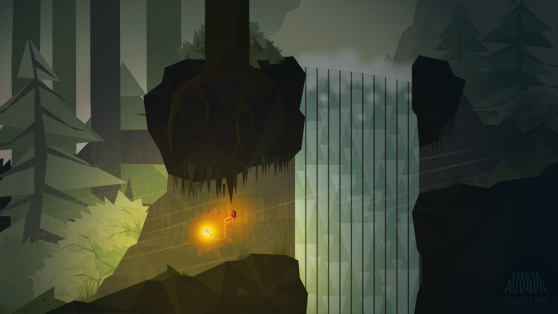 Working with an indie-friendly Nintendo

The developers are happy to work with the company that created some of the most classic video games in history — one sentiment that kept coming up in our interviews was nostalgia. But admiring Nintendo and going into business with it are two different things. And as three of the earliest independent developers to launch their games on the Wii U, Lutz, Gabler, and Pichlmair are also some of the first witnesses to the company’s attitude toward the future — and whether that includes more indie games. 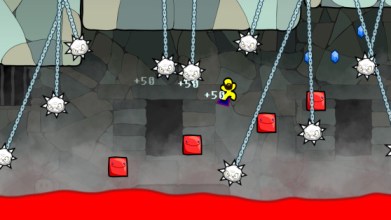 “We’re still blown away that we’re launching on WiiU,” said Lutz, whose platformer Cloudberry Kingdom is joining the company that put out some of the most famous games in the genre, like Mario and Donkey Kong. “Just having meetings with Nintendo is like being in a bizarro world, let alone launching on their next-gen system. [It’s] just craziness, really. We’re stoked about the opportunity. I’m impressed to see how much energy and focus Nintendo is putting toward independent titles. We’ll see how that focus plays out over the coming months and years. Ultimately, though, a lot of the success of the Wii U as a platform for independent studios is going to depend on the community’s response to this first batch of titles.”

For Gabler, bringing Little Inferno to Nintendo’s system makes up for all those years as a kid that he was never allowed to own one — which just made him want it even more, he said. 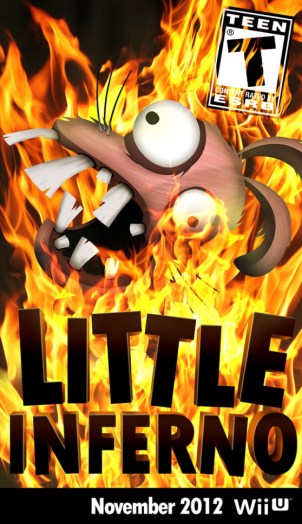 “And now, getting to be a launch title on a new Nintendo console feels dazzling and surreal, like finding a secret warp zone and eating all the mushrooms. I think the Wii U launch lineup surprised everyone with the strong presence of indie games.”

He added, “Nintendo has been a fan of indie games for a long time, in a way that’s probably a good illustration of how companies are made of real living, breathing humans. Dan Adelman, the fellow who heads up the downloadable services [at Nintendo], is a big supporter of indie games and genuinely seeks to help out indie developers. He made sure we didn’t implode back when we were clueless kids trying to get World of Goo on WiiWare a billion years ago and is likely responsible for the large indie presence we’re seeing in the upcoming Wii U launch games so far.”

Pichlmair has also worked with Nintendo previously on And Yet It Moves, which released for WiiWare in 2010, and he similarly noted Nintendo’s positive attitude toward indie developers and games. “They were very supportive when it came to making [Chasing Aurora] and provided us with everything we needed to get started,” he said.

“I think the big three console makers all know that independent gaming is here to stay and support it in their own ways. Whether it’s Sony’s Pub Fund, Xbox Live Arcade, or the Wii U’s social features, all consoles offer a good home for indie games by now. There are dedicated people at Nintendo that care for good games, and the launch lineup looks great for indie aficionados, Nintendo fans, and core gamers, doesn’t it?”