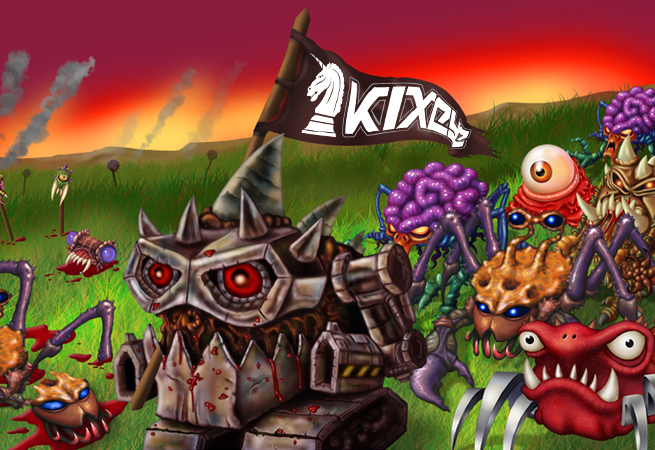 Last week was the worst ever for social gaming company Kixeye. A former black contractor wrote in a Tumblr post (since taken down but reprinted here) that he was subjected to racist comments during a stint at the company earlier this year. Will Harbin, chief executive of the hard-charging San Francisco company, said he investigated the matter and fired three employees and a manager for behavior that didn’t meet standards.

Harbin said there were a few “bad apples” who had created a “micro culture” at Kixeye that was unacceptable and embarrassing, but most of the 300-plus employees are hard-working and conscientious. He said the behavior the contractor described — the parts that have been verified as true — are not defensible. Kixeye only has around  9.2 million monthly active users on Facebook. But it’s one of the most profitable game companies on the social network because it makes free-to-play hardcore games such as War Commander and Battle Pirates that monetize exceedingly well.

Harbin granted us an exclusive interview to discuss what happened. We discussed not only the incident, but the culture of racist comments that travels in some circles in online games when you play anonymously with strangers. Here’s an edited transcript.

GamesBeat: So tell us what happened and what you did.

Will Harbin: Tuesday, I was alerted to a Tumblr blog post by a former contractor of ours who worked in our [quality assurance (game testing)] department. He accused us of racial discrimination. He included quotes. Some of the names were changed, but it was enough for me to go in and figure out who this person was and where they worked on the team. So I started there and immediately did a personal investigation.

GamesBeat: He had not come to you before that? 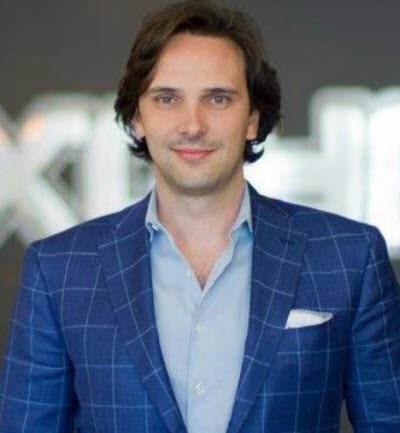 GamesBeat: So that was the first time you’d (ever heard these allegations?)

Harbin: He was here a few months ago. As far as I know, the blog was posted on Tuesday. Anyway, through the investigation, number one, there was no record of any complaint. Number two, obviously I started with the manager of that group, his manager. While I found that the vast majority of the things in the blog to be suspect in terms of accuracy, I did find examples of very inappropriate behavior and unacceptable behavior according to Kixeye standards.

I immediately terminated this person’s manager. Over the next 24 hours, as I conducted more interviews, I did find that there was basically a small team … a micro-culture had effectively developed within Kixeye of this handful of people who had demonstrated some embarrassing, offensive conduct and behavior that I didn’t think was acceptable. I don’t think these people were racist or discriminating. It was a multi-cultural and multi-gender group. Multi-everything. But…

GamesBeat: It didn’t meet your standards?

Harbin: No. It didn’t meet the standards of Kixeye. Or any other company that I’m aware of. So I terminated them. That was the initial, immediate resolution around that and our investigations. Also, just to make sure that we have the full story, my vice-president of HR is working on it, and we’ve hired an outside investigator to come in and conduct interviews and do a very thorough investigation around the claims. So the thing was posted. It’s unfortunate that it was made public. I certainly don’t want people to think that this is indicative of a broader cultural problem at Kixeye.

Harbin: …and racist and offensive behavior. Those are completely different things. One is a matter of taste and a matter of marketing direction, so to speak. The other is a matter of law. And it’s not just law. I don’t want people to be uncomfortable working here. I want this to be a very comfortable working environment. I want everyone to love waking up and coming to the office every day, just like me. I want people to remember this as the best job they’ve ever had, and I want other people to come in here and have the best job they’ve ever had. We just want to make great games and great products, and we want to have great people working on them. I think a lot of people through this are confusing our external marketing message with our internal company culture. We’re a very diverse, multi-cultural company that has come together around one passion, which is making great games. That’s it.

GamesBeat: It’s not a frat house with inappropriate behavior all the time.

Harbin: Absolutely not. This is the furthest thing from any bro-gramming, frat house type of culture. I’d encourage anyone who’s made those kinds of allegations to come around and look at the office. We’re all nerds. Maybe people confuse our recruiting videos, or some of the confidence and the audacity to call out hypothetical competitors like that, for some sort of bro-tastic culture. I don’t know how to describe it. But I think people confuse the marketing message with how our internal culture works here.

GamesBeat: Speaking of confusion and what could have been going on in the minds of some of these people. … I think of Xbox Live and how there have always been racist and sexist comments you hear from people that you play with online. The confusion might be that that’s okay in the workplace…

GamesBeat: And you have some training that’s started as well?

Harbin: We already had training started a while ago. Obviously, we’re doing more now. We started by rolling out harassment training, sensitivity training, diversity training, and so on to the managers. Now we’re branching that out to the individuals as well and making sure that’s reinforced. In addition to that, it’s not just about what not to do. We want to be sure that people are good managers. We’re augmenting that with good quality leadership and management training. We’re helping people figure out how to create a good, open, accepting working environment, versus trying to just say, “Here’s what not to do. Here’s how you avoid a lawsuit.” That’s not what we’re aimed at. We’re trying to make a great working culture.

GamesBeat: You’re trying to stay a startup, as well as become a bigger company…

Harbin: Well, there are good things and bad things associated with a startup. We want to maintain high efficiency and productivity and fun. Those are things that you typically find in a good startup, and we want to keep them here. We can combine some of the best of both worlds. We want to take the good from a larger company and the good from a startup and combine them in one. That’s why we keep smaller game teams. It’s easier to manage. People have more clarity. There’s better communication and more transparency. People have more responsibility.

GamesBeat: You’ve communicated more than you have to, and more than most companies do when they’re in this sort of a situation. What’s the reasoning behind that? Why do you want to say as much as you have?

Harbin: I care a lot more about perception in the industry and perception of our employees. I do care what people think about Kixeye. I care what potential recruits and candidates think about Kixeye. I care about what the friends and family of employees at Kixeye think. I think I can do it in such a way as to be transparent and communicate with the public about things like this, without being legally risky.

We have a great company here. It’s well-run. There are going to be hiccups along the way given how fast we’ve grown, but we are doing everything in our power to make sure it’s a better place every day. It only took us 24 hours to swiftly and appropriately react. I don’t think many companies of our size can say that they’ve done something like that. I’m not going to play by any kind of standard PR handbook and just deny and defend and try to be political and distract people. I like to be direct.

GamesBeat: You have an independent person looking at this now?

Harbin: Yeah. I think one other point to clarify a bit more, just to put a sharper point on it: we did it because it was the right thing to do. It would have been easier, and in fact we were advised, to defend the position and stay out of the press. We felt that it was extremely important to go directly to the root, and to communicate that.

GamesBeat: Just for the record, there is no litigation so far?

GamesBeat: Is there anything else to clarify?

Harbin: No. Again, my hope is that we can show more people what a great culture and working environment we have here, as demonstrated by the people here and the products we’re creating. You can’t control every aspect of every person, but as soon as we find out about problems, we deal with problems. We’re committed to self-improvement in all aspects of the company. We’re also scaling extremely rapidly, and as we grow our teams, it’s important to make sure that all the management practices are in sync. This is obviously an example of an area that we need to improve. One team went off in their own direction, and the minute that we caught wind of that fact, it was calibrated.