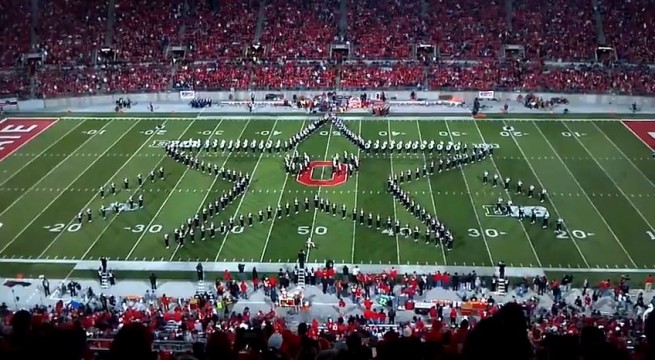 Update: We’ve added a version of the halftime show that was shot using a camera from this century. You can see the original video here.

Mario, Pikachu, and Epona made a dazzling appearance at the halftime of Saturday’s Big Ten football matchup between Ohio State and Nebraska.

Ohio State’s marching band put on a musical show featuring many of gaming’s biggest characters and musical numbers. The ensemble represented classics like Space Invaders and modern-day hits like Halo. The Zelda-sequence at around the six-minute mark is the show’s most impressive moment.

Check out the entire performance in this video:

Here’s each featured game in the order that they appear in the above video:

I’m a Michigan fan, but I’m glad that Ohio State has a marching band that’s this talented. It’s something that the Buckeyes will still be able to take pride in ever after the Wolverines stomp the football team in November.