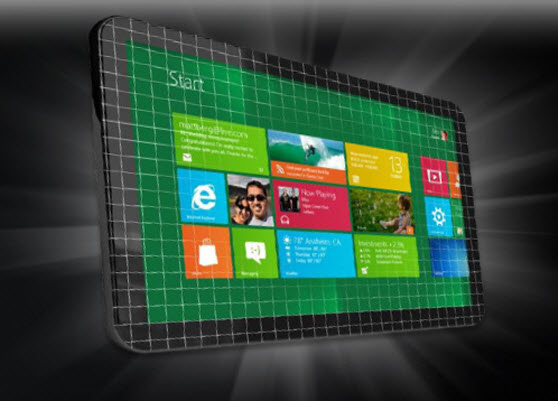 It’s taken a while, but Advanced Micro Devices is finally taking the wraps off Hondo, the code name for its processor chip for tablet computers. The new chips could give Intel a run for its money and offer choice to consumers in the coming Windows 8 launch.

The new Z-60 tablet accelerated processing unit (APU) is timely because it will serve as the low-power, high-performance brains of upcoming Windows 8 tablets, according to AMD, which is the largest PC chip maker next to Intel. AMD’s APUs compete with Intel’s new code-named Clover Trail chips, and they combine both graphics and microprocessor components in a single silicon chip. For consumers, AMD says it will deliver great experiences for Windows 8 tablets when it comes to photos, music, streaming video, productivity apps, and games.

The AMD APUs will also compete with Windows RT tablets that use ARM-based microprocessors from companies such as Qualcomm, Texas Instruments, Broadcom, and Nvidia. But AMD, like Intel, argues that an x86-based chip design — such as those made by Intel and AMD — offers the best compatibility for running full-scale Windows PC applications on a tablet. AMD also offers good graphics performance and 10 hours of battery life on a Windows 8 tablet.

AMD says the Z-60 offers vivid high-definition media performance, enhanced gaming, and accelerated app performance on the consumer side. For commercial machines, it also offers enhanced productivity, security and manageability, and mobility. Windows 8 tablets will run PC apps and connect to virtually any peripheral. The tablets will have options for keyboard or touchscreen input.