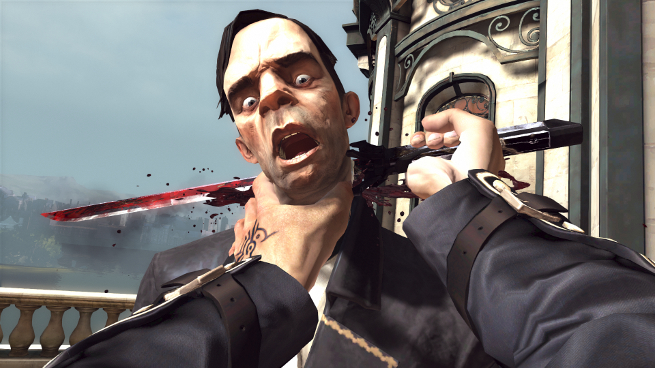 Welcome to GamesBeat’s Dishonored guide. If you’ve played Deus Ex: Human Revolution, BioShock, any of the Thief games — and to a lesser extent, Metal Gear Solid or Splinter Cell — then you’re coming into this game adequately prepared. Essentially, stealth and creativity are key, but frontal assaults are generally a bad idea. The developers must agree, since there are many Achievements (or Trophies) tied to finishing the game without being detected or killing anyone.

This guide provides 10 tips and tricks to help you get the most out of the game, a Power and Enhancement miniguide, and tips on how to plan out getting all of the Achievements in three playthroughs while still having fun. Dishonored will likely take you 10-15 hours on the first go but can then be completed much more quickly on subsequent runs. Reports of four-hour speedruns were not exaggerated.

#1: The golden rule – SAVE OFTEN!
Dishonored allows you to save anytime you’re not in combat or a cutscene. And you should. A lot. If you’re going for total stealth and no kills, especially, you’ll want to save before any major areas with multiple guards. One slipup or one guard you didn’t know was there can set you back quite a bit of playtime if you haven’t been saving frequently.

#2: Upgrade Blink ASAP
This power allows you to instantly and silently travel short distances, uses very little mana, and is pretty much mandatory to complete any area unless you plan on waltzing through the front door and killing everyone in the game (don’t do it!). Upgrading Blink is cheap and allows you to travel roughly twice as far, so it should be one of your top priorities no matter what style of play you choose.

#3: Make Blink jumps that you wouldn’t otherwise be able to
If you aim Blink at a ledge within range, an arrow will appear signifying that you will climb it at the end of your Blink (instead of falling down). However, even when you know a ledge is within range, the arrow doesn’t always appear, especially if you’re aiming up. Get close enough with the Blink, and you can sometimes spam the action button to climb right before you fall. With a few tries, you’ll get good at judging whether or not you’ll be able to do this, but it does come in handy.

#4: There’s never just one
If you think you can run into a room guns blazing and kill all the guards like a badass, you might be right. But if they manage to alert other guards, you’ll probably be in for one hell of a fight. I once pushed a lone guard off a cliff because I thought it would be funny, and his death scream sent a freaking battalion of enemies my way.

#5: Learn how to parry attacks
If you are planning to go sword-to-sword with baddies, learn how to parry. Instead of holding the block button, tap it just when the enemy’s weapon would strike you. This throws your foes off balance and allows you to strike a fatal blow. Note that you’re invincible during the fatality animation, so this can save your ass if you’re surrounded or a grenade is about to go off, etc. 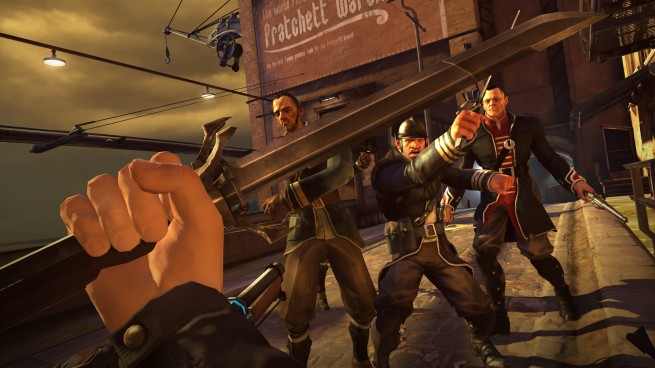 #6: Enemies are dumb
I’m not sure why game developers still can’t figure out how to make intelligent enemies in stealth games, but Dishonored is no different. If you get spotted and then dart away to a hiding spot, the enemies will eventually return as if nothing happened, even if you’ve left a mountain full of corpses in the middle of the room.

#7: Think outside of the box
Dishonored almost always provides multiple ways to accomplish a goal or reach a certain area. For example, at the very beginning of the second stage, you can find your first Bone Charm near the ruins of a bridge. It may seem like the only way you can reach the Bone Charm is by possessing a rat and crawling under the slightly raised gate. However, you can also simply swim around the back side of the ruins and use Blink to climb up.

#8: Mana regenerates
A small portion of your mana automatically regenerates. Powers such as Blink and Dark Vision use just enough juice that you can recover any spent mana in a matter of seconds. If you have the patience and don’t want to run out of elixirs halfway through a level, try to wait before Blinking again or using a different power.

#9: Use Dark Vision all the time
Dark Vision allows you to see enemies through walls as well as their cone of vision, and when upgraded, you can also easily identify traps or objects of interest. It gives you a massive advantage and has a low mana cost; therefore, it should be on all the time. Unfortunately, it comes at a cost. While in Dark Vision, the screen gets a washed-out sepia effect, and the sound goes all creepy. It kind of sucks some of the fun out of the Unreal Engine graphics and gameplay experience, but not using Dark Vision would be handicapping yourself, so. …

#10: Difficulty doesn’t matter
The Achievements in Dishonored are not tied to difficulty, so you can play through on easy or crank it up to the highest setting for a real challenge. 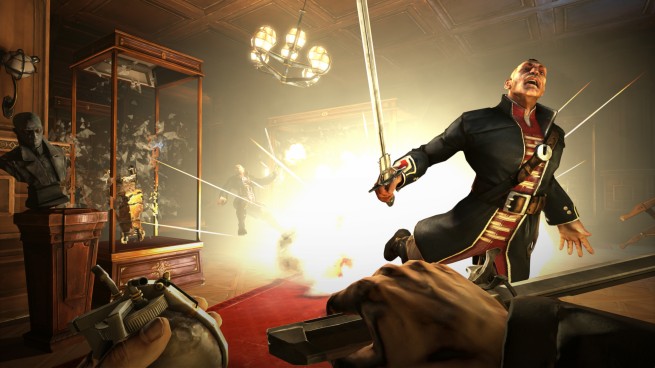 Playthrough 1 – Have fun
If you’re planning to get 1000/1000 gamerscore in Dishonored, you’re likely going to need to play at least three times. The first time, you should play for fun — enjoy the game as it was meant to be enjoyed, and do whatever you want. This would be a good opportunity for you to get to know the levels and missions, how the gameplay mechanics and enemy A.I. work, as well as experiment with the different powers, Bone Charms, and weapons.

There are nine levels total, and you can expect your first playthrough to take anywhere from 10-15 hours, including time for lots of reloading from death or going back to do a sequence “better” than whatever shenanigans you pulled the first time.

If you killed a lot of people, even stealthily, this playthrough should end with High Chaos. Don’t feel bad, though: You’ll a get a secret 50-point Achievement for it.

Playthrough 2 – Non-lethal & undetected
A large number of Achievements in Dishonored revolve around completing levels and then the entire game without being detected or killing anyone. You might as well as use your second playthrough to take care of those and make this game your B.

You will be using Blink, Dark Vision, and Bend Time constantly, so upgrade those powers immediately. Agility and Possession also come in handy. Since you don’t need any offensive powers or three of the four enhancements, you won’t need as many runes. In fact, I suggest getting what you need and then skipping runes and bone charms entirely, as going after them just puts you at risk. One of the most important non-preorder bone charms that might benefit you is Strong Arms (choking is faster), which you can find in the same building as Griff in the second level.

You’ll also have no need for guns or bolts or grenades, but Sleep Darts will be your best friend. Sadly, their capacity cannot be upgraded, so you’re stuck with 10 per level. Use them wisely. I recommend grabbing the Crossbow Reload upgrade as soon as it becomes available. You should have a plethora of money since you won’t need to buy almost anything other than Sleep Darts and Mana Potions.

Even primary story targets in the game can be “neutralized” with nonlethal means. This almost always involves a side mission or two, but hopefully you did those on your first playthrough and know what to do here.

Playthrough 3 – Non-supernatural speedrun
Now that you’re (ideally) a master of both stealth and combat and know the levels inside and out, you should be able to complete the final Achievement for finishing the game without buying any supernatural powers or enhancements. No powers or enhancements also means you don’t need to get any runes, which should cut a lot of time off of each mission.

You still get Blink, though, and since you already did all the other Achievements, you don’t have to worry about being detected or killing people. If you just go straight for the targets, you could complete this run in mere hours.

Alternately, you can swap playthrough 2 with playthrough 3 if you want some extra practice in being less dependent on powers and enhancements before attempting the challenging nonlethal and undetected Achievements. 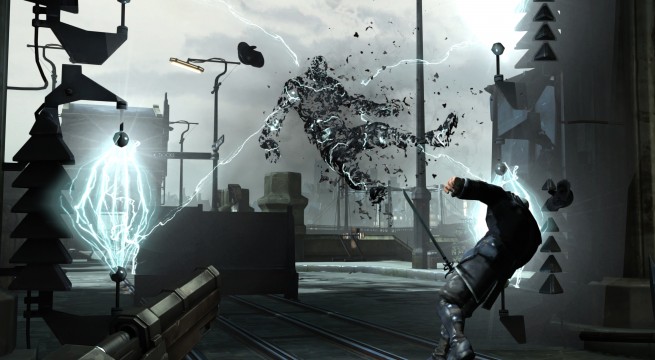 Conclusion
Hopefully, these helped you out a bit. If you have any suggestions, anecdotes, or tricks of your own, please add them in the comments!