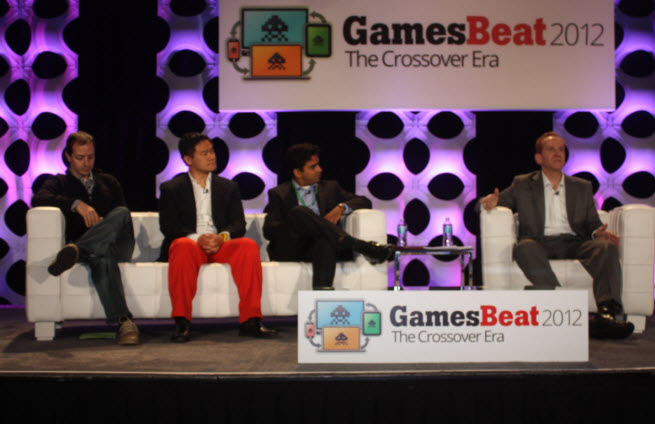 While game acquisitions are at an all-time high, investments in game startups have slowed dramatically, according to the third-quarter investment report by investment bank Digi-Capital. Blame it on the decline of new investments in social and casual games. 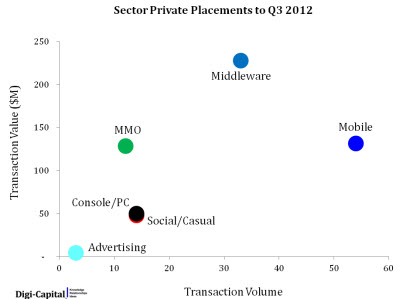 So far this year, investors have put money into 130 game companies at a value of $591 million, with an average value of $4.5 million. That’s pretty far below the $2 billion invested into 152 deals at an average value of $13 million for 2011. Of course, one of the positive trends is the emergence of Kickstarter, where fans can “crowdfund” a company with their own donations. This helps pick up the slack when it comes to investments in independent game developers and publishers.

Transaction volume is up by 14 percent for the year to date through the third quarter, but the transaction value is down by 60 percent. The biggest funding to date was Trion Worlds’ $85 million in January.

“Should this trend persist, games investment for 2012 might return to the still respectable levels of 2010 (the second highest year),” said Tim Merel (pictured above, far right), the managing director of Digi-Capital.

The success of free to play continues to attract investors to MMOs, which account for 22 percent of transaction value and 9 percent of transaction volume. The mobile and tablet game market are still in the midst of raising money and lots of acquisitions. Social-casual is consolidating. MMOs are consolidating through acquisition but generating new investments in the free-to-play sector. Console and PC gamemakers are pivoting into mobile or online games. Games middleware companies are raising funds or being purchased. And game advertising is simply growing organically.

“It could be interesting to see if emerging games investment and merger-and-acquisition trends continue through Q4 2012 and [also] how they play out for what we anticipate could be a fascinating 2013,” said Merel.

The full report is available for purchase here.