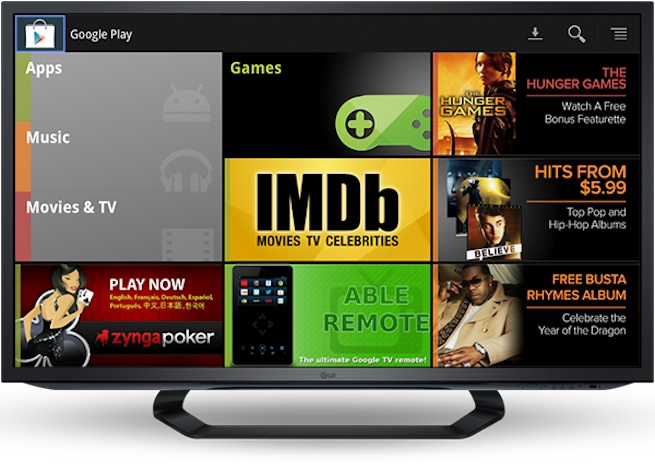 Google is rolling out a nice update to its Google TV platform today that lets users buy movies, TV shows, and music through the Google Play store.

Google TV device owners can also access previous purchases and rent videos, which will undoubtedly make GTV-enabled devices much more useful, if not entertaining. Buying and renting videos has been available through Android-based devices for months now, so it’s a bit surprising we’re only now getting a fully functional digital media store.

The new functionality is something that Google TV rivals have offered for a while. Amazon Instant Prime, which is available on a variety of devices, lets customers watch past video purchases and either buy or rent new ones. And, of course, you can buy or rent videos via the iTunes store on Apple TV or buy new music.

Google is enabling the new Play store functionality in its native Movies and TV Shows app, which also lets you search across several different video services (HBO Go, Netflix, Cable TV providers, etc.) for where you can watch a particular program.

On the developer end, the company is switching on more functionality for Google TV apps, including subscription billing, auto-updates, and more.

The Google TV update begins rolling out today and should continue over the next few weeks, the company said.

Image via the Google TV Blog