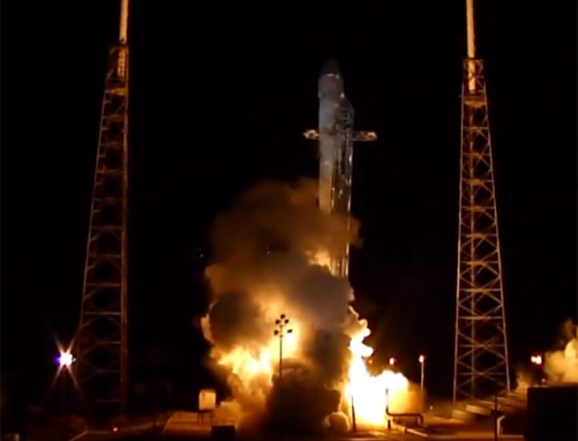 SpaceX‘s second big launch successfully took flight Sunday, with its Falcon 9 rocket carrying supplies to the International Space Station. But this flight was bumpier than the last, with one of the engines failing mid-flight.

The first Dragon capsule launch back in May went off without any issues. This time, however, said SpaceX CEO and chief designer Elon Musk, one of the Falcon’s nine engines experienced an “anomaly,” which caused it to automatically turn off.

“Falcon 9 detected an anomaly on one of the nine engines and shut it down,” Musk reportedly told Spaceflight Now. “As designed, the flight computer then recomputed a new ascent profile in real time to reach the target orbit, which is why the burn times were a bit longer.”

In response to the engine failure, the Falcon flight computer quickly made adjustments and burned the other eight engines 30 seconds longer than planned.

NASA has contracted SpaceX for several more missions to deliver supplies to the International Space Station.

Go to 1 minute and 30 seconds into the video above to see one of the engines shut down in a spectacular fashion.