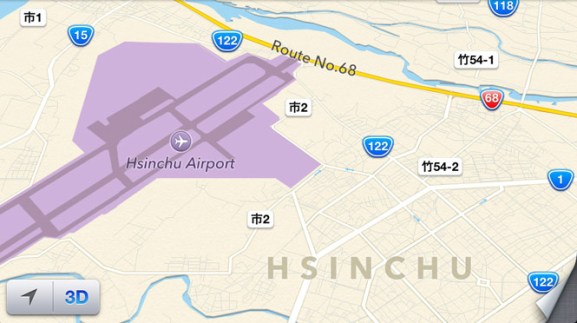 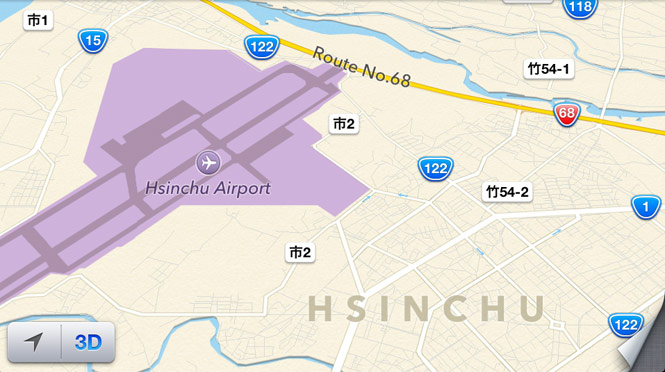 So there could be something to the recent Consumer Reports review that said Apple’s new Maps application doesn’t suck. While it’s met with widespread anger and certainly lacks some data, Apple Maps shows images that are too good for some.

Taiwan’s military has asked Apple to blur images of its Hsinchu airbase, which is the site for the country’s newest radar defense station, according to Phys.org. The radar station is from Raytheon and is designed to give the country early warning of missiles fired from China.

While legally the government cannot force Apple to change the satellite images of sensitive areas, Taiwan is asking Apple to lower the resolution as a gesture of goodwill. This type of government request is not uncommon: U.S. Senator Charles Shumer raised concerns about both Apple and Google’s mapping technologies just in June.

According to the Taiwanese government, Google Maps (and Google Earth) already blur sensitive areas and have done so since 1997 … including former veep Dick Cheney’s house and the royal stables in The Hague, Netherlands.

The reality, of course, is that sovereign governments such as China have access to as good and frequently much better satellite images than Apple or Google. The concern here is likely much more for smaller, dissident or even terrorist groups.

Apple has not yet commented on the request, but we’ll update the story with its statement. 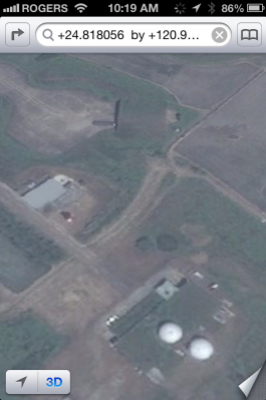 Above: Probably not the secret Taiwanese air force installations.