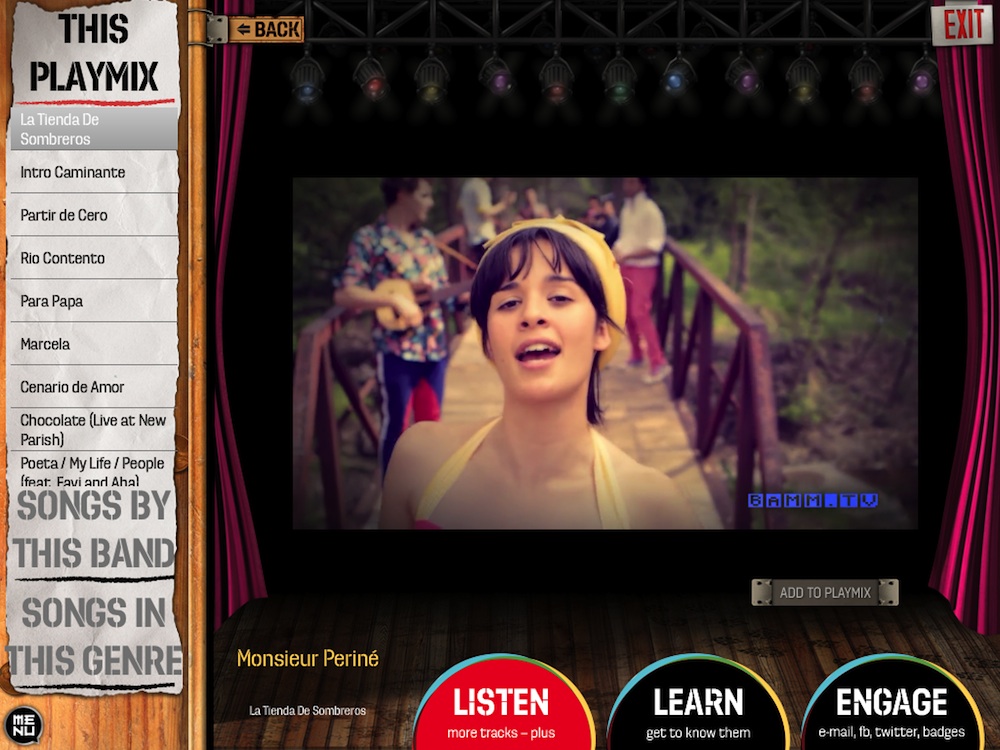 While the most popular music startups suffer from huge licensing fees that keep them in the red, Bamm.tv is taking another route that focuses on the lesser known bands.

Bamm.tv new iPad app, which it released today, provides a virtual music venue that shows off high-quality streaming videos from hundreds of emerging artists from around the world. And when I say virtual venue, I mean it’s an actual virtual interface that requires users to touch all the elements on the screen to navigate. It’s a bit confusing at first, but Bamm.tv’s founders told VentureBeat that this is part of the experience.

The iPad app is made for people tired of scrolling though their regular libraries of the same songs and want something new. In that sense, it captures people who are more willing to explore. The app itself contains HD videos of live shows from emerging artists and edited by the Bamm.tv staff.

As for its business model, Bamm.tv is working with a handful of international partners such as Samsung, Chunghwa Telecom, Selectv, MunduTV, and FuugoTV, which ensures that the service is available to an estimated 20 million viewers. It also has plans to sell merchandise and ticketing for emerging artists through the app, and splitting half the profits with those artists.

Founded in 2010, the San Francisco-based company is currently bootstrapped but is seeking a round of funding in the range of $3 million to $5 million. For a closer look at Bamm.tv, check out the demo video embedded below.