In case it wasn’t already obvious, convertible tablets are the new black this year.

Lenovo knows it, which is why the company is preparing four devices that can twist, flip, and bend between being ultrabooks and tablets. But just as significant is that all these devices launch with Windows 8, which means that they will be the some of the first to show off what Microsoft’s new operating system is capable of. 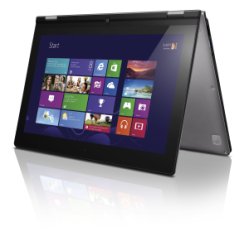 Announced at CES earlier this year, the IdeaPad Yoga is one of the first devices to experiment with the concept of the convertible Windows 8 tablet. The device’s hinged design allows it to rotate 360 degrees, which means that you can switch things around depending on what you need to get done. Weighing in 3.40 pounds. the device will hit stores on Oct. 26 — the same day that Windows 8 launches — for $1,099.

Alongside the 13-inch Yoga, Lenovo also announced the IdeaPad Yoga 11, a smaller, more portable 11-inch version of the Yoga 13. Running Windows RT, the Yoga 11 comes with Nvidia’s quad-core Tegra 3 processor. It will be available in December. 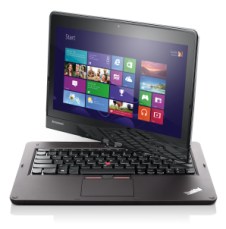 As its name suggests, the Lenovo Twist is the most business-focused of these new convertibles. Lenovo says that the key thing is that the device is both powerful and easy to carry around. The Twist comes with a the option of either a 500GB HDD or a more speedy 128GB solid state drive. Running for $849, the device hits stores Oct. 26.

Of Note: At 3.48 pounds, the Twist is the heaviest of Lenovo’s new convertibles — which isn’t saying much. 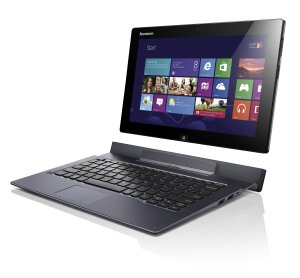 Equipped with an 11-inch screen, the Lynx is a 1.41-pound tablet that comes with a dual-core Atom processor and 16-hour battery life. The device hits stores in December.

Of Note: Unlike with the Twist and Yoga, the keyboard on the Lynx is sold separately, which makes this device more tablet than ultrabook. While that shouldn’t be the biggest deal, the problem is that the whole the tablet starts at $599, the keyboard (which Lenovo calls “optional”) will cost you an extra $149. Suffice it to say that most Lynx owners will be using the device sans keyboard.