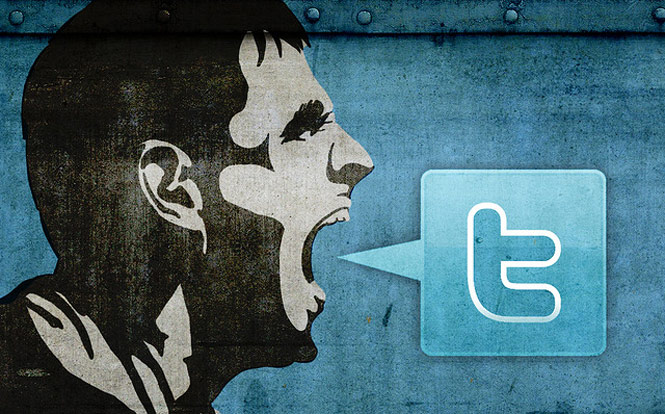 Most two-year-olds are growing fast. But few are growing as quickly as social media management service SproutSocial, which is riding the wave of social media escaping the marketing department and penetrating the entire enterprise.

The company, which helps clients connect with and respond to customers and fans on Twitter, Facebook, and LinkedIn, recently celebrated a second birthday with its 10,000th corporate customer, 10 percent month-over-month customer growth, and an astonishing revenue explosion of 750 percent over last year.

That growth, chief executive Justyn Howard says, is due to two factors.

New clients are certainly a big part of the story, he says, but not only is the company growing its customer list with names like McDonalds, Microsoft, and Adobe, SproutSocial is going deeper with each client. In fact, Howard told VentureBeat, where once small numbers of people — two to three at each client — managed social, many of its clients have dozens of social media managers, and some now have literally hundreds of employees using SproutSocial.

That’s a significant development in social media, and it shows that more companies are adapting a Zappos-style communications strategy: Every employee is a brand advocate.

But it’s taken a while to get there. 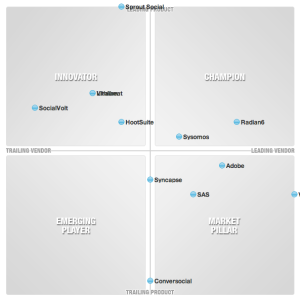 Above: SproutSocial was recently recognized as a leading social media management tool

“Our product’s been in the market for just over two years now,” explains Howard. “We spent the first year testing, looking at different directions, and this year we’re bringing on a lot of new customers and are adding new features.”

When bringing any tool to a wide audience, user experience is key. Companies who give hundreds of employees access to a comprehensive social media toolkit will likely not be able to train all of them intensely.

“We take a different approach than a lot of the tools that have been in the market for a while,” Howard says. “You see a lot of columns from some of our competitors … we’ve tried to distill it down and make it a little easier to grasp.”

So SproutSocial brings all conversations from multiple social networks down to a single stream, with full conversation history in one place. Multiple users can dip their toes in that same stream without crossing wires, and queue up content to be released at optimal, spaced times.

“For people who aren’t used to a bunch of information on the screen, something about the efficiency of our interface resonates,” says Howard.

One of the new features SproutSocial launched recently is “Optimal Send Time,” which automatically schedules tweets or status updates for times when they are most likely to get maximum engagement and go viral. SproutSocial launched this functionality to compete with social engagement tool Buffer — as did competitor HootSuite — and its clients are seeing about a 30 percent increase in response, and a 100 percent increase in clickthrough.

As social media spreads across the entire company, SproutSocial is looking at better ways of integrating into enterprise data via, for example, customer relationship management software. But the company is not releasing any more details about its plans in that area at this point.

There has been considerable consolidation in the social media space lately, with Google buying Wildfire, Oracle buying Involver, Vitrue, and Collective Intent, and, last year, Salesforce acquiring Radian6 for $326 million.

I asked Howard if he would consider a buyout.

“I wouldn’t rule it out,” he said. “A lot of the acquisitions have focused on social media marketing … but the engagement space hasn’t seen a lot of that activity. It’ll be interesting to see when Oracle and Google and others start to make that a priority.”

And I noticed that the company’s last funding round was early last year. With the company’s recent growth spurt, however, SproutSocial may not need any more capital.

“We’re thinking about another round, but we haven’t made it a final determination. We’re not in a hurry — growth has been strong.”