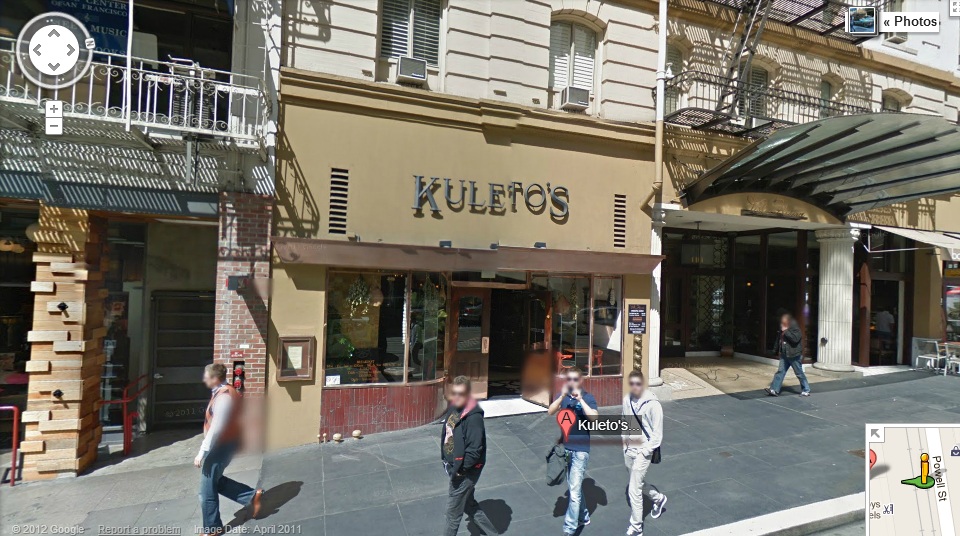 As Apple plays catch up to Google Maps, there is one quick fix it can make: Let users make minor corrections and publish them immediately.

Take a look at this map: 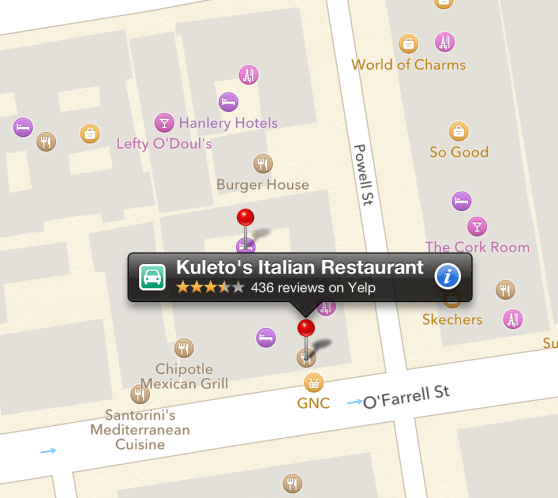 Kuleto’s is facing the wrong street. iOS Maps shows it on O’Farrell Street. It’s address and entrance are actually on Powell Street, around the corner. (Google Maps has it correct.)

Such errors are common on maps. They exist for a number of reasons:

As a result, errors on a block are common.

There’s a simple fix: Let users pick up the business and move it to the right place and automatically publish the results. Apple does allow users to report errors. I moved Kuleto’s to its correct location, but Apple hasn’t processed the update yet.

User-generated content is fraught with problems and opportunities for mischief. If you let people delete businesses, some will delete their competitors or businesses they don’t like. If you let people add businesses, they will spam your results with dummy businesses. The trick is to balance the mischief with the potential for more accurate data. This is something that Google has a lot of experience at. It’s been fine-tuning how it handles user-generated content in Maps for years. In its core search business, it’s been dealing with spam for more than a decade.

Letting people move existing businesses within the margin of error of current mapping methods strikes me as an acceptable balance.

Otherwise, the only quick way for Apple to verify the change is correct is to use Google’s Street View to get visual confirmation. It might face some legal issues with that. (Disclosure: I have Apple stock.)