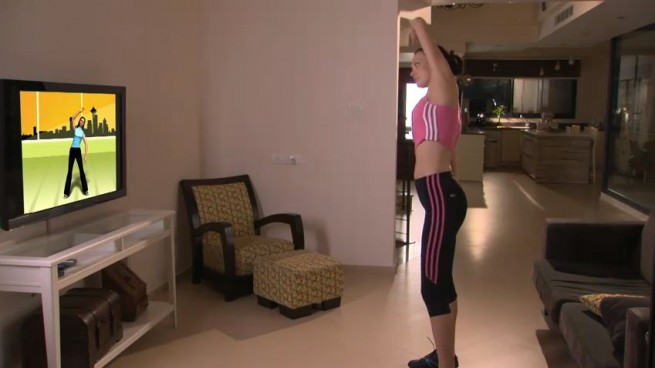 He worked at Apple. He founded Electronic Arts. He spearheaded the release of the 3DO. Now, Trip Hawkins is taking on gestural controls in his new position at an Israeli software company.

Hawkins is announcing today that he has joined technology company Extreme Reality’s board of directors. Extreme Reality is a software developer that created a new motion-control technology, Extreme Reality 3D, that can read a person’s movement in 3D space (like Kinect) but requires only a 2D camera.

“I was one of the early leaders pushing for the use of the mouse in user interface,” Hawkins told GamesBeat. “A guy who was working for me brought the first mouse into Apple. It had a $400 building-materials cost. Needless to say, we wanted to come up with something better. We actually ended up hiring a friend of mine to design a cheaper mouse, which ended up having a $15 building materials cost. It was the first optical mouse.”

Bringing the cost down is what allowed the mouse to become the standard input devices on personal computers. Hawkins sees a similar potential in Extreme Reality.

“[Extreme Reality’s tech] is truly a major breakthrough,” Hawkins said. “There’s always the fundamental issue of cost, and particularly in markets like the game industry, products fail because the price points are too high.”

Hawkins and Extreme Reality point to the ubiquity of standard 2D cameras. Nearly every new laptop and smartphone on the market has a camera that the company can exploit for gestural control.

“This is an issue of 3D cameras and gesture-input devices and the cost associated with them. Extreme Reality 3D has a solution that doesn’t require a 3D camera, nor does it require a special input device to be held by the player. We’re talking about a software solution, but it’s not just [better] because it’s a software solution. It actually has a number of elements that are superior.”

Hawkins claims this tech can keep up with all of the player movement in real-time, and that it can do it even when the lighting is poor. Extreme Reality’s software can also apparently do a better job of distinguishing between the player and the background than Microsoft’s Kinect.

The long-time executive sees a rapidly approaching future where this functionality is in everyday situations. A train station, for example, where travelers stand in front of an interactive schedule board where they can choose their destination and departure time using gestural commands.

“I’ve always had a tremendous feel for user interface and user experience, whether we’re talking enterprise, office, education, or entertainment application. I don’t just think of myself as a game guy,” Hawkins said.

I asked Hawkins about the perception that motion-controlled gaming is a fad that was on the way out. He disagrees.

“You need to have a broad market view,” Hawkins said. “If I just look at a console like the Microsoft Xbox, what I’m going to see is that there are a lot of hardcore customers that prefer the precision of a joystick. Yeah, they’re going to look at gesture controls as more of a novelty. But if you take a broader view, you can look at segments that motion controls may be the only way to get them interested.”

Extreme Reality isn’t announcing who they’re working with to implement its technology yet, but that’s likely the main reason it brought in Hawkins. He has the industry stature to get the company into the meetings, and he has the credibility to convince the doubtful.