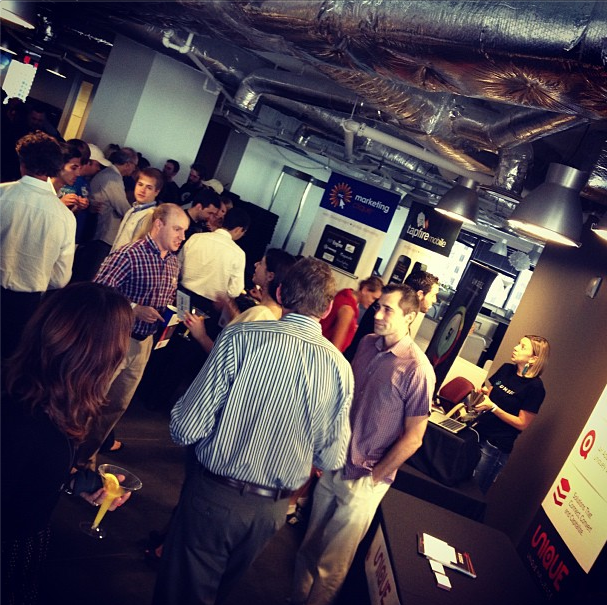 Much like other demo day events, founders were invited to pitch their startups to a crowd of potential investors, peers, and media attendees within five minutes. During that time, they had to explain the company’s business model, explain what void it fills, and outline its current and future funding plans. (There were also complimentary breakfast tacos, because as I previously mentioned, Capital Factory is tremendously cool.)

We’ve highlighted five startups from the event that caught our attention.

StormPulse is a startup that began its life as an intensive weather forecast service but pivoted into something that uses severe storm data for more than planning your wardrobe. In its current form, StormPulse provides information useful for minimizing the cost of damage caused by natural disasters. For instance, a deep sea oil rig might want to shut down certain services and clear its facility based on storm data and damage estimates. StormPulse’s target clients include oil and refining companies, clean energy facilities, and several operations managed by the Department of Defense. The company is seeking a $300,000 seed round and has investment commitments from 500 Startups.

Vivogig focuses on filtering photos that people take during music concerts and festivals. It pulls from several different services like Twitter and Instagram but strips out anything that isn’t directly related to a particular performance. That means pictures of your cat, whose name might be Justin Bieber, won’t appear within the stream of images from last night’s Bieber fever concert. The startup plans to package these social photo streams as a service targeted at artists and event organizers. The stream can then be integrated into websites, mobile apps, and other non-traditional visual promotions, like sending photos to a screen on stage during the performance. Vivogig, which eventually wants to expand its focus to other entertainment and sporting events, also plans to sell merchandise and tickets through the service to generate additional revenue.

AuManil provides a service that focuses on “Whale Analytics,” which actually has nothing to do with marine biology or tracking porpoises. (I was disappointed at first, but not at all surprised due to the lack of happy-looking dolphin photos in AuManil’s PowerPoint slides.) The startup is intended for social and mobile game developers that want to identify only the players that generate a lot of revenue — the “whales.” AuManil founder and CEO Bart Bohn explained that Zynga is a good example of a company that focused on its whales rather than its useless players. As a result, Zynga was able to dramatically increase revenue through its games. And if knowledge is power, then a good game developer can boost revenue without sacrificing the game play. The startup currently has $100,000 in seed funding and is seeking a $1 million series A round by Q1 of 2013. AuManil faces competition from similar game analytics services, like Kontagent, Flurry, Apsalar, and others.

While music festivals are good at generating a profit from an actual venue, monetizing its performances for a digital audience is much more difficult. Video startup Rockify provides festivals, such as Austin City Limits, with an easy path to publishing video content across several platforms, both on the web and through its white label native mobile apps. One benefit of the service, according to Rockify CEO Joel Korpi, is that clients don’t have to spend countless hours uploading and managing video content through multiple services just to make money. Its native apps are flexible enough to let each festival choose how they want to monetize. Additionally, its service can pull in user-generated content from outside services (YouTube, Vimeo, etc.). The startup is seeking a $250,000 seed round, which it will use to bring on full-time employees and take on more clients.

Any startup that wants to make managing email less of a pain has my attention. Taskbox takes a unique approach by zeroing in on people that frequently check their email on mobile devices rather than desktop clients or web apps. Those with a large number of unread emails can quickly determine the importance of each message,and then assign it to a category. Important messages get ranked by priority, and you assign a due date that keeps the message at the top of your message list. Having watched the demo on screen, I have to say I kind of love the idea.