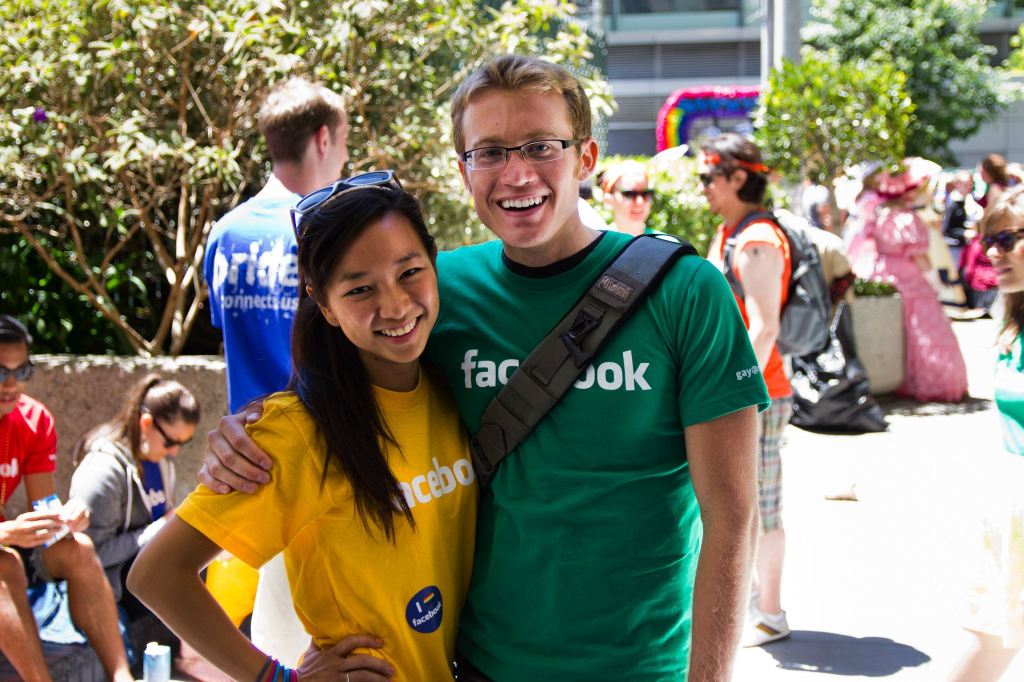 Facebook has been taking heat for eons over its mobile strategy, and this news is likely to send certain analysts through the roof: The social network’s first-ever interface for mobile ads, which launched October 3, was the work of a couple interns.

Granted, these interns aren’t the awkward 22-year-olds you have in your mind’s eye. The coding half of the pair is Peter Cottle, a verified braniac working towards a mechanical engineering PhD from Berkeley. (That’s him on the right in the picture above.) Previously, Cottle helped code autopilot software for General Atomics Aeronautical Systems, a nuclear physics and defense contractor headquartered in San Diego, Calif.

Facebook’s engineers, interns or otherwise, are undoubtedly some of the best minds in Silicon Valley, and the company prides itself on giving new recruits meaningful projects during their very first days on the job.

For Cottle, he got his project assignment within days of his internship beginning in May this year. At that time, the company had just launched Promoted Posts and Pages Manager for iOS, all while grappling with an explosion in mobile traffic from its users.

“These three separate events combined together to form the perfect opportunity,” Cottle wrote today on the company blog.

“For my internship project, I was tasked with implementing the Promoted Posts feature inside the Pages Manager for iOS application.” In other words, Facebook’s first-ever mobile advertising product.

During the project, Cottle met Leo Mancini, a young product design intern from New York. As Cottle labored over the code for the ads product, hacking through the night in BoltJS, Mancini had been tasked with designing Page insights for mobile.

“After bringing Leo up to speed on the current state of the app, he came back to me in a few weeks with an amazing interface that blew me away,” Cottle said. “With just one slider and a confirmation button, the new UI could create, pause, play, stop, and adjust campaigns for a promoted post. Even better, just above the campaign box is a carousel insights view where admins can see the direct impact of their campaigns.”

Here’s a look at the iOS ads app, which Facebook officially rolled out on October 3, 2012, just five months after Cottle’s internship began:

Mancini became a full-time Facebooker in September 2012. Cottle will return to Facebook as an employee in the spring of 2013.