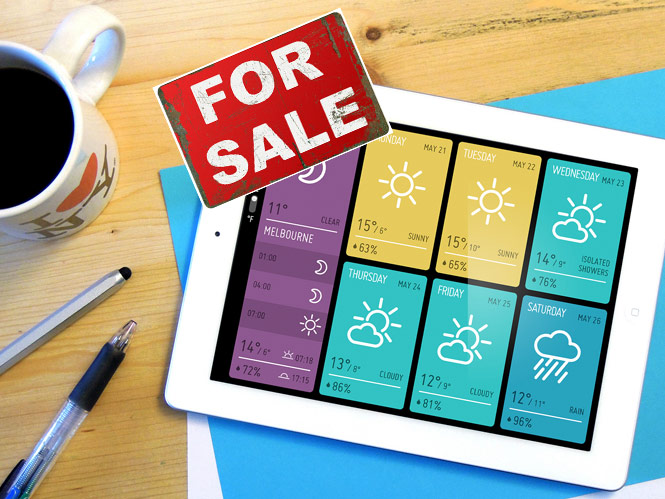 Consumer electronics trade-in service Gazelle is seeing an 80 percent increase in iPads in the last month. In other words, iDevice owners are prepping for the seemingly inevitable launch of Apple’s iPad Mini — by unloading their iPads.

“People are definitely interested in a mid-sized tablet from Apple,” Gazelle’s Anthony Scarsella told me today. “Trade-ins doubled on the 16th of last month, and volumes have stayed high since.”

That shows a lot of confidence in the coming of a product that, so far, Apple hasn’t even admitted exists.

Scarsella, who is Gazelle’s “chief gadget officer” — who wouldn’t want that title? —  also said that half of the iPads the company has received in the last month were original 16GB Wi-Fi models. Gazelle pays about $130 for those models, but will pay up to $500 for 64GB iPad 3 models. 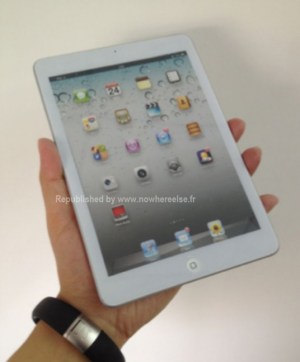 Above: Supposedly the new iPad Mini

As far as anyone outside of Cupertino and a few select product partners in Asia know, the iPad Mini is just speculation at this point. However, sources suggest that iPad Mini production kicked into high gear early this month, and an announcement event is being rumored for October 17th. Those dates have not gone unnoticed by gadget-hungry consumers.

“Over the years, the surge has moved up,” Scarsella said. “We used to see a big jump just on announcement day. Now consumers are definitely more aware of when products are coming out and staying on top of rumors.”

He expects Apple to come in at a $299 price point, $100 more than competing mid-sized tablets from Amazon and Samsung. The Apple ecosystem which ties consumers into iTunes via purchased songs and apps allows Apple to charge a little more, according to Scarsella.

But, that number is somewhat troubling as it comes is in iPod Touch pricing territory. The just-refreshed iPod Touch starts at $299 for 32GB and moves to $399 for 64GB, which would force consumers to make some tough choices between portability, price, and size.

Another interesting point about tablets?

Where most phones come in to Gazelle in decent shape, with seven out of ten in good condition, a full nine out of ten iPads are in “flawless” condition, according to Scarsella.

“iPads don’t get lugged around as much as phones, and more people protect them with cases,” he said. “And unlike phones, which are subsidized so you’re only paying maybe $200, with the iPad you’re fronting all that cash up front. So people tend to take better care of them.”