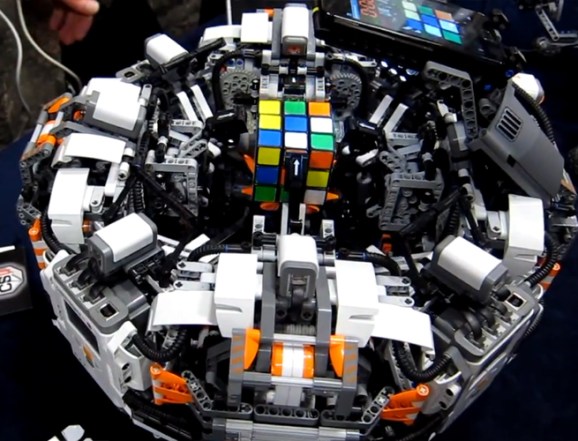 While the CubeStormer II broke the Guinness World Record for solving a Rubik’s cube with a time of 5.270 seconds in Nov. 2011, this is the first time I’d actually seen the machine in action. As noted by Successful Software, the CubeStormer II was commissioned by ARM Holdings and built from four Lego Mindstorm NXT kits. An app on a Samsung Galaxy S II smartphone controls the device and tells the robot what moves to make.

Who knows if more powerful smartphones and tech could create an improved robot in the near future that solves it faster? The idea of robots that can solve puzzles and problems faster than humans certainly gets the mind racing. As YouTube commenter Aerethan notes, “I for one welcome our new Lego overlords!”