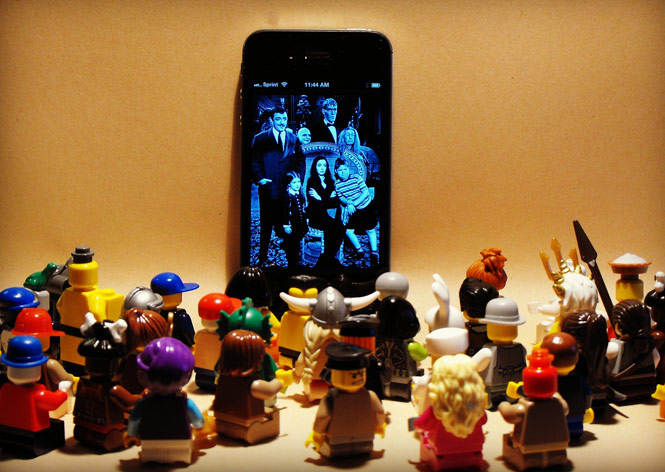 Ninety percent of iPhone 5 buyers have not experienced “any problem at all” with Apple’s new Maps app. Only 3 percent say it’s a “big problem,” and 6 percent say it’s “somewhat” of a problem.

I guess those 3 percent are Silicon Valley tech blog writers.

ChangeWave Research just surveyed 4,300 consumers, and it turns out that they don’t care about Apple Maps versus Google Maps. In fact, one in three people surveyed said they’re likely to buy the iPhone 5, with 20 percent saying “very likely” and 13 percent saying “somewhat likely.”

“Despite the media attention surrounding both the Apple Maps issue and the Apple Lightning port issue, neither has had an impact on the massive numbers of buyers queuing up to buy the iPhone 5,” Paul Carton, a ChangeWave VP, said in a statement, adding that “both issues hardly rank as bumps in the road.”

Apple replacing Google maps with its own not-quite-as-solid version has dominated a lot of the media about the iPhone 5 launch, of course, with concerns about its lack of data and its sometimes-hilarious 3D flyover fails, causing Apple CEO Tim Cook to publicly apologize. But Consumer Reports gave Apple Maps a fairly positive review, and the app is, apparently, good enough to give Taiwan’s military a few hot flashes.

ChangeWave compared the current Maps issue with the iPhone4’s “Antennae-gate,” and Maps is not even in the same league. While 36 percent of consumers experienced an issue with iPhone 4 reception, only 10 percent have experience any sort of problem with the iOS 6’s new maps.

Additionally, when the research company asked consumers what was stopping them from buying an iPhone 5, Maps blocked precisely 0 percent of purchases. The biggest reason? People were satisfied with their current phone and saw no need.

photo credit: the past tends to disappear via photopin cc