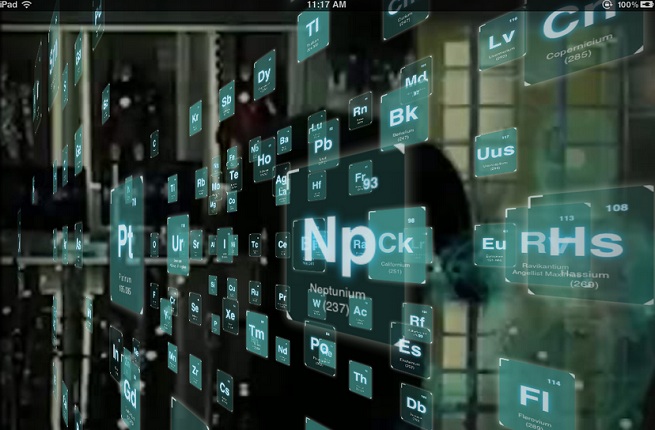 When Famo.us debuted its new user interface at TechCrunch Disrupt a few weeks ago, it was overlooked amid all of the news from the likes of Mark Zuckerberg.

But the Famo.us user interface, based on an extended conversation I had with founder Steve Newcomb, is really cool. It’s a lot like the touch interface that Tom Cruise used in the film Minority Report. The neat thing is that this 3D interface is completely browser-based and it requires no plug-ins or clunky HTML5 coding. Newcomb says his small team found a clever way to engineer 3D capability into a web browser without all of the usual problems. 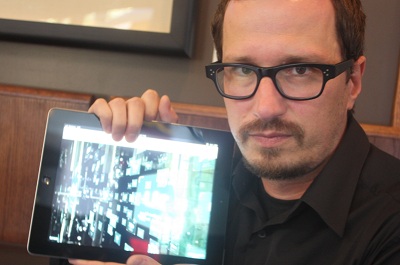 That clever coding — a rendering engine by a company with just three employees including co-founder Mark Lu — could result in web pages that surprise and delight you or games that you just start playing as soon as you visit a web site. Developers who sign up with Famo.us will eventually get access to the technology and be able to create interesting applications on top of it.

“We looked at HTML5 for 18 months and found problems in the web browser that won’t make it perform,” Newcomb said. “So we could have waited for the browser companies to fix the code, or just do something ourselves.”

In a newsletter, Newcomb said, “In short, after many years of development, we finally solved the performance issues that have plagued complex web apps.  App layouts, animations and designs that were only possible in native apps are now within the reach of all web developers.  We hope our accomplishment unleashes a wave of web app development like we’ve never seen before.”

Big companies like Facebook and Wooga have tried to stretch HTML5 to be able to do more, but they gave up and had no hope that it would enable things like 3D user interfaces. The frame rates for HTML5 pages are just too unpredictable. Newcomb concluded the same thing.

“Everybody has banged their heads against the wall,” he said. “We came to the conclusion that normal web methods would not work. So we looked at the problem from other vectors.”

Newcomb isn’t describing the technology much this yet, but he has released a cool demo (see video at bottom) that hints at the possibilities. And he has created a replica of a Twitter iPad app that runs better than the original.

The fact that Famo.us, a tiny startup, has come up with this technology is interesting. But Newcomb has a noteworthy background. He co-founder Powerset, the search company that Microsoft acquired in 2008 for more than $100 million. Powerset became Microsoft’s Bing search engine, but Newcomb left to consider his next big thing.

“We asked ourselves, ‘What if we approached this the way a gaming engineer would?'” Newcomb said. “We would talk directly to the” graphics processing unit (GPU, or graphics chip). He added, “We saw Javascript could do a raw game rendering engine, but we found a way to render an app and pass that render to the GPU, skipping all the things that we were waiting on the browser companies to fix. We found a way to bypass it by having a direct mathematical conversation with the GPU.”

If that doesn’t make sense to you, that’s OK. It’s just a hint that Famo.us came up with a clever solution. The solution is not a plug-in, not a Web GL technology, not Adobe Flash. There is nothing to download. As an example, they found that math equations known as transforms were one reason browsers loaded slowly. So his team wrote their own transforms which could load much faster. His software works at 60 frames per second.

“We solved a web application developer’s problem,” he said. “We have a novel approach of making web apps themselves” perform well.

Rivals include companies Game Closure, Ludei, Spaceport i/o, and others. But Newcomb believes he can do better than the solutions those companies offer (mainly for fast-action games). Those solutions are also aimed at 2D games, not 3D.

One test is that web pages written via Famo.us and its Javascript code can load an infinite amount of data, so you can scroll down forever. It works fine on web pages and on mobile. With a 3D user interface, you can spin the interface and stop it on any given object and then drill down on that object.

“Apps are just going to look beautiful,” sort of like Flipboard, Newcomb said.

To get the technology into the market, Famo.us will create its own applications first. (It’s not going to do a Minority Report user interface). Then it will polish a software developer kit and share it with third-party developers. Famo.us apps will run on Android, iOS, PC, Macs, PlayStation 3, Xbox 360, and Nintendo devices. Newcomb says it isn’t clear yet just how easy it will be for developers to program the Famo.us way, but he is sure it will be worth it.

Newcomb is speaking at the HTML5 developers conference on Oct. 15 and 16. Here’s a video demo below: