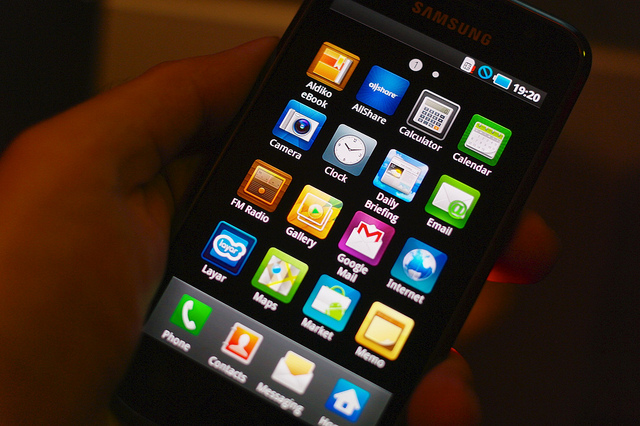 Sure, the iPhone 5 passed Samsung’s Galaxy S III in web traffic just three weeks after getting on the market. But does that say more about mobile operating systems and differences between Android and iPhone users than it says about device sales numbers?

Online ad network Chitika released a study this morning based on millions of mobile ad impressions across the Chitika network. Chitika added up all the iPhone 5 and Samsung Galaxy SIII web traffic, and 56 percent of it is iPhone 5, while 44 percent is Galaxy S III. 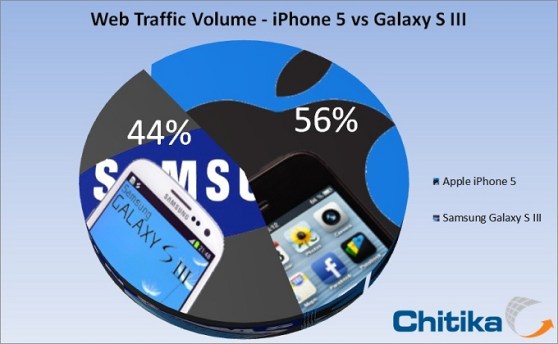 The iPhone 5, of course, has been in the market for just a few weeks, while the S III was launched a few months ago. But here’s the question: Is this due simply to sales numbers or also to different user behavior?

I asked Chitika’s data engineer for his insights.

“The differences between iPhone and Android users boil down to a couple of things,” Chitika’s Gabriel Donnini told me. “First is demographics, which translates to behavioral tendencies, and the second is the functionality and accessibility of the device.”

While Chitika could not provide data about per-capita web usage between iPhone 5 and Galaxy S III, and it does not track individuals due to privacy concerns, the company definitely sees that iPhone users access web data much more frequently than Android users. After all, there are 20 million S IIIs to perhaps 10 million iPhone 5s in the market today.

But is it also a user interface/user experience difference?

Donnini said that while up until very recently the general consensus was that the iPhone user interface has been more accessible than Android, and that has led to usage pattern differences. But, he says, with the last few iterations, Android has caught up … and the Galaxy S III, of course, runs Ice Cream Sandwich (or Jelly Bean, for those who have updated).

But this still has one big difference, according to Donnini:

“With the iPhone you basically have to use the default browser, versus on Android you can between choose multiple browsers. The majority of people just want a seamless experience, and if you have that, you might be more willing to surf and share content.”

So iPhone users access the web more due to both demographics, and — possibly — the iOS 6 user experience. That makes sense, and it follows existing trends.

But we’ll know more about the specifics of that when Apple releases hard sales numbers.