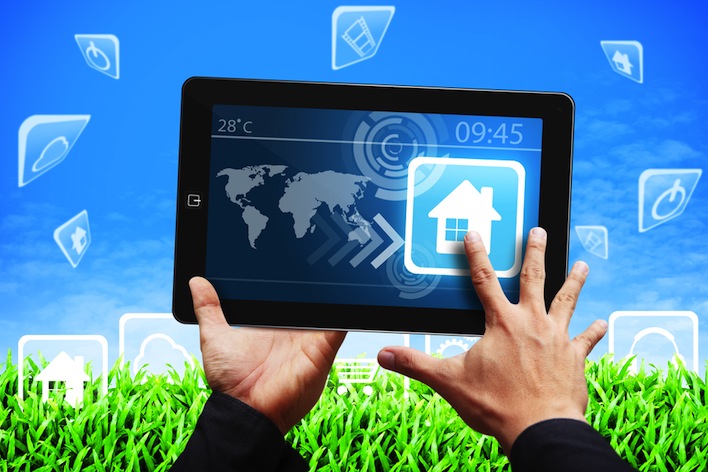 Cable companies such as Comcast and Cox need to take a good look at their technology as streaming services Netflix and Hulu take away their profits. In order to avoid becoming obsolete, it makes sense for cable companies to recycle their infrastructure into home automation.

Conceptually, most people are intrigued by the possibilities of home automation. The ability to program a home environment to automatically adjust to optimal comfort levels while performing a variety of other useful functions is no longer a far-fetched vision reserved for future generations. Rather, this technology is available now. While we expect home automation to rapidly spread in the next few years, it is currently only being used by a small percentage of homeowners. Cable companies, however, just may play an integral role in bringing smart home technology to the masses, especially now that major players such as Comcast and Cox are so deeply invested in its growth with products like Xfinity Home.

Despite the popularity of streaming content, cable providers have managed to maintain respectable positions within the industry, but recent leaps into the smart home market may just be a sign of things to come for future cable television companies and home automation, in general.

But as long as crime exists people will surely want to protect themselves against it, right? Which is why quality home security devices are still a good bet in the marketplace.

Where most are familiar with the home security market, the automation industry, on the other hand, is just getting started. According to a recent article on Reuters, only three percent of homes in the U.S. are currently equipped with smart home technology, but this number is expected to reach double digits in just the next few years. Globally, this cottage industry could explode. It’s only found in approximately 16 billion homes now, but the market forecasts it will control more than 36 billion home environments worldwide by 2016.

Adapting To a Changing Landscape

Neither Comcast nor Cox are likely the first — or even the second or third brands that cross one’s mind when contemplating home security. Once upon a time, however, neither was American District Telegraph, which is now known simply as ADT. Before becoming one of the most recognizable brands in the home security industry, ADT actually helped expedite telegraph deliveries. Failing revenues at the beginning of the 20th century prompted the company to focus its efforts in a new direction, namely money remittance as it became a subsidiary of Western Union. It wasn’t until the company’s communication and remittance services were sold to AT&T that ADT finally entered the home security sector in the early 1900s.

With this in mind, it doesn’t sound all too unusual that leading cable companies are beginning to edge their way into home automation and security markets.

As one industry begins to decline, new ones emerge. Historically, the only companies that survive fading markets are those that are able to identify inevitable shifts in consumer trends while at the same time demonstrating a willingness to adapt to new ones. This is particularly true of the tech industry which, at times, tends to move at exponential speeds while often causing new businesses and products to rapidly surpass those with more traditional growth models. Then there are those unexpected events where systems that are deemed to be the hottest and the best today literally change overnight into newer and sexier technologies.

When we reached out to Comcast to ask why the company chose to offer a home security product with its new Xfinity service instead of one geared strictly toward entertainment, Comcast’s Senior Manager of Corporate Communications, Jamila Patton said, “We continue to look at ways to bring innovation and value to our customers. We feel that home security is a natural extension of our sophisticated network because it allows us to leverage our existing infrastructure to develop new integrated products for our customers.”

Not everyone is tech savvy and many are plain unaware that tools allowing them to remotely control a home’s environment are even available in the marketplace. A lot of people simply do not know that they can turn lights on and off, regulate a home’s temperature, or view every room inside of a home while at work or even while on vacation hundreds of miles away. Of those who do know that such technology exists, many expect it to be expensive or much too technical to install in an existing home.

When cable companies offer affordable home automation and security products to their existing customer bases, much of the fog that separates consumers from the smart home market begins to dissipate.

Currently, both Comcast and Cox offer wireless remote home automation services which include 24/7 alarm and video monitoring, door and window sensors, environmental controls such as lighting and heating adjustments, as well as the ability to receive notifications whenever a door or a window is opened in a home after the security system has been armed. It helps that all of this is controlled by a tablet-like remote and that it can also be accessed on smartphones and tablets via free apps offered by each company. This sort of control is likely to be attractive to consumers who cannot let a new gadget pass them by.

Operating Outside Of the (Cable) Box

Comcast and Cox are real-time examples of major corporations using “the pivot” to their advantage, not wanting to go the way of companies like Kodak or Block buster. At least they are attempting to.

Comcast is no stranger to operating outside of the cable box. In addition to subscription television service, the company already offers voice and data services, controls a broadcast television division, which includes major networks Telemundo and NBC, and operates a large film division, which includes Focus Features and Universal Pictures. It owns Universal Studios in California, a major athletic arena in Philadelphia, as well as other restaurants and retail businesses. After giving the cold shoulder to Netflix earlier this year, it also launched its own streaming service, Xfinity Streampix. All this in addition to its home automation services.

This also isn’t Cox’s first go-around either. Its parent company Cox Enterprises started in newspaper publishing and still owns several television and radio stations. Cox also offers voice and data packages, invested in the automobile auction industry through its Manheim and Auto Trader brands, and once entered the 3G wireless phone market. It dismantled that service in March of 2012, however.

Being that cable television is already an integral part of so many households, companies like Comcast and Cox are undoubtedly hoping to transfer a great deal of brand recognition to their new home automation and security services. Whether they succeed or fail, though, ultimately they will bring awareness to home automation, and hopefully ignite a fire under the still-growing trend of home security technology.

Madison Parker is a security industry expert who’s been following the progression of the home automation industry on her site HomeSecuritySystems.net.