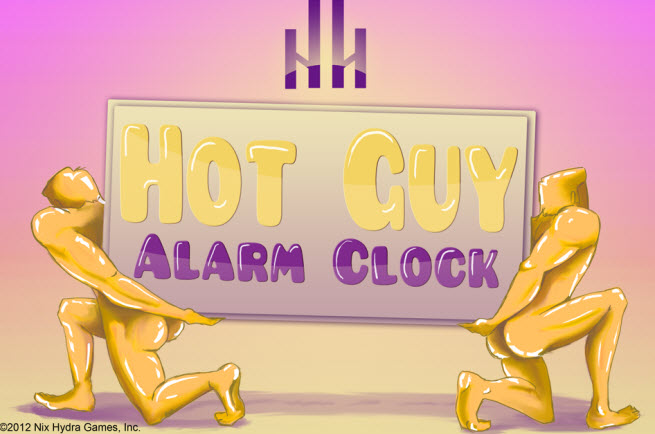 Nix Hydra Games, a Hollywood, Calif.-based startup, believes that women need apps of their own. And Hot Guy Alarm Clock is just that. Unless, of course, you’re a guy and you want to wake up to the sound of another “hot guy” whispering in your ear.

The Hot Guy Alarm Clock (available here) debuts today on the Apple iTunes App Store as the first app from Nix Hydra Games, which two recent Yale graduates who have raised $345,000 in angel funding founded. The company is the latest startup to raise money to make mobile games for female players. (We’ll forget for a moment that Hot Guy Alarm Clock is not a game.) CrowdStar, Frenzoo, and Pocket Gems have also targeted the market for young female players.

Lina Chen (pictured right), co-founder of Nix Hydra Games, said in an interview with GamesBeat that the female gamer market is becoming more interesting to both entrepreneurs and investors.

“We’re making apps we would enjoy,” Chen said. “Coming from within our demographic (women 16–28) gives us an understanding of what would be fun and interesting content-wise that our competitors lack. We don’t have to rely on stereotypes, don’t condescend, and don’t patronize.” Well, I guess they can rely on stereotypes of “hot guys,” but you get what they mean. The app is rated for ages 12 and up.

The Hot Guy Alarm Clock wakes you up with a hot-sounding man saying witty or charming things. It comes with ten different experiences. You can wake up to the sound of a heartthrob saying, “Wake up princess, today is the spring festival,” with the Enchanted Castle experience. You can also choose the Chateau in France, Tropical Island Guy, and the Clumsy Boyfriend. The app is for those days when women need coaxing out of bed, Chen said.

The team has three to six people, depending on the project at hand. Nix Hydra Games’ founders worked on web-based versions of their ideas since 2010 and shifted to make iOS apps earlier this year. Over time, the company will create a network of apps that link together and become a single, large-scale game. Those apps could be connected to a single hub.

Chen previous worked at the William Morris Agency while Ladizinsky was a producer of digital content at Machinima.com. They named the company after their own nicknames, Nix and Hydra, after the two smaller moons of Pluto. 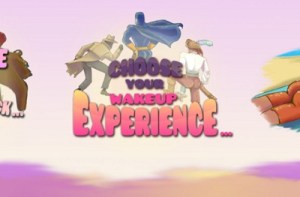 “We found the mobile games targeted at our demographic (young women) to be very disconnected from what we and our friends consider cool, interesting, and fun,” Chen said. “If we don’t do something about that, who will?”

“As the number of young women using smart devices continues to climb,” Ladizinsky said, “Someone needs to step in with some content for this huge market that isn’t inspired by a disconnected interpretation of Sex and the City.”