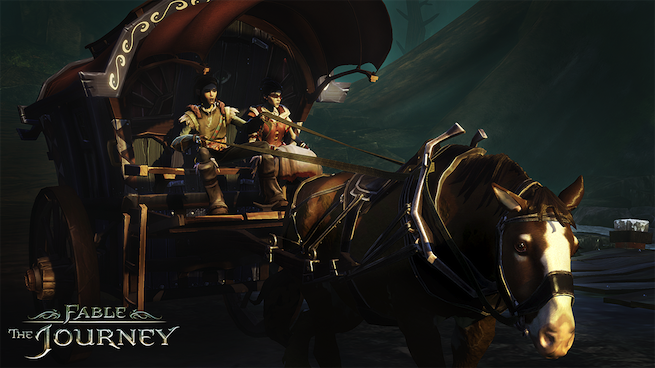 I’ll admit, I was skeptical of recently released Fable: The Journey. It’s an exclusive Xbox 360 Kinect title, and I truly expected a kid-centric, dumbed-down, on-rails arcade game with ridiculously imprecise flailing dynamics. I thought the experience would be set somewhat in the the Fable universe but not dealing with anything important or specific to that universe. A one-off if you will. Sort of like a Wii version of a high-profile, multiplatform title.

Turns out, I was wrong.

Yes, the controls can be imprecise, and the game is definitely on rails, but Fable: The Journey is the most fun I’ve ever had with a motion-controlled offering. It’s a Fable game, through and through, and while my children love playing it as much as I do, it works for all of us on many levels.

The motion controls make sense
Look, we’re throwing magic fireballs here. That’s just cool, right? In addition, we’re not pretending to hold weapons, and we don’t have to hold weird plastic peripherals in order to hurl glowing balls of energy at several types of baddies, including skittery bugs, comical, goblin-esque Hobbes, skeletal Hollow Men, and gigantic rock trolls. When solving the admittedly basic puzzles throughout the journey, the tactile nature of moving my hands around made everything feel real, requiring less suspension of disbelief than when holding a controller, motion or otherwise. Brushing Saren, the loyal horse who plays a pivotal role (especially in the first couple of hours) felt natural. Handing her an apple at a rest stop and healing her injuries could have been frustrating exercises, but they were not, thankfully. 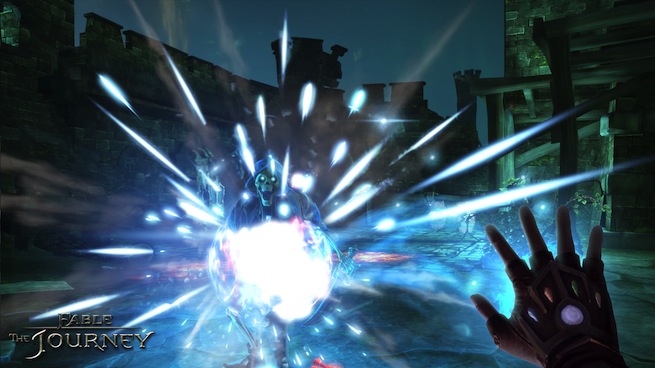 It makes use of Kinect’s inherent imprecision
Several of the magic powers, most notably the fireball and the magical spear, can be affected by subsequent movements after launching them. When several enemies come toward me at once, I’m able to hurl a fireball skyward, then swipe downward to split it into several, smaller fiery bits. These hit more than one opponent at once and cause less damage per hostile. After some time, things feel more strategic than just flailing about, hoping to damage something.

The Fable universe is strongly represented
Theresa, the blind woman who can tell the future from all the previous Fable series entries, is a second main character in the events that unfold within Fable: The Journey. Gabriel is the reluctant hero who saves her from attacking monsters, and she becomes his guide and sarcastic cheerleader, helping him find his inner hero. The narrative takes place 50 years after the events of Fable III, and as a fan of the previous installments, I loved hearing more about Albion, Theresa’s story and (no spoilers here) true purpose. The developers have crafted a breathtaking interactive storytelling experience that results in a game that feels like a full sequel to the Fable series as a whole. For those who haven’t played the previous Fable games, the story is universal enough–a young, reluctant hero in the making–to keep them engaged as well. 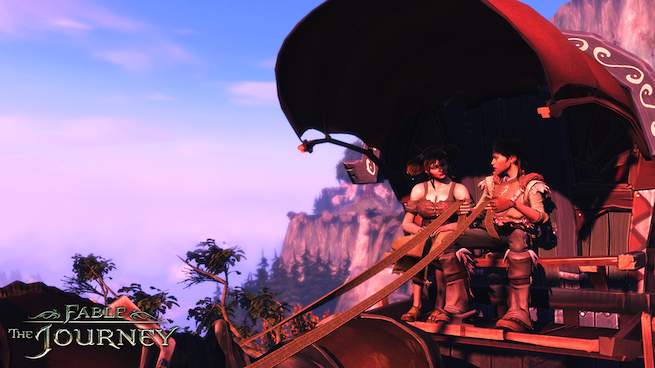 The voice work is superb
Hearing Theresa call out to Gabriel in the first act was pure joy for both my kids and myself. As the main expository source in most of the series, her voice has become the one we associate most with the world of Albion, the land within which the Fable stories take place. The actor who voices Gabriel, too, carries his role with a sense of humor and subtle brilliance that we need to see more of in video games. The supporting characters fill their own roles admirably, bringing the tale to life in a way modern gamers will enjoy even if they simply watch the game being played.

The unique, British humor is fully evident
Seriously, this is a funny game on many levels. The physical and scatological references seen throughout the Fable series are here, of course, but a more nuanced humor is also on display in every chapter. Theresa gets some great one-liners, and Gabriel plays up his naiveté with a self-aware charm. The funniest bit, for me, involved two guardian wisps at a temple, arguing like an old married couple that had been together for centuries. I found myself laughing out loud (for real) in many spots throughout my time in Albion. 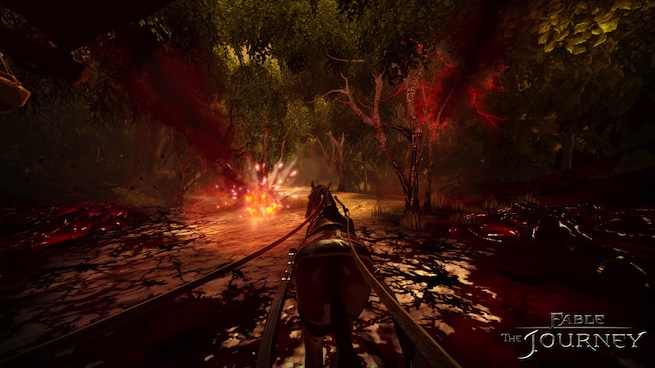 It can get extremely tense
Maneuvering Saren through hot lava and around bull-mounted hobbes while maintaining the proper path requires significant concentration. When the enemies start to come forward, faster, and stronger than before, the battle begins to feel significant and utterly real. Galloping away from the The Journey’s several chapter bosses induces the type of throat lumps that I would normally get from a particularly intense movie or television show. I sometimes forgot that I was sitting on my couch, moving my arms through the air. The game is that engrossing.