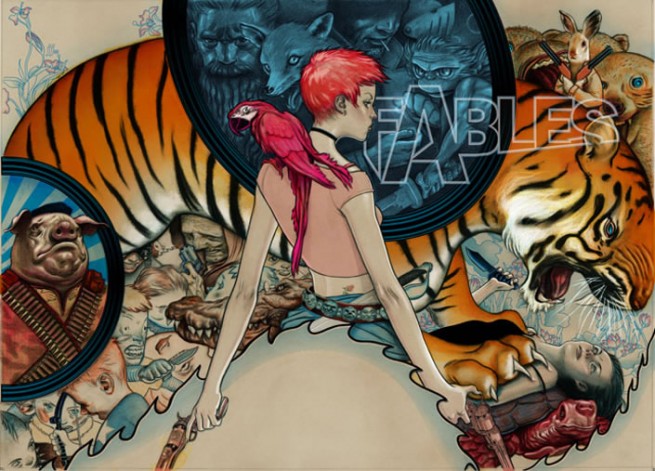 As Telltale games finishes up its game adaptation of The Walking Dead, it’s started talking about its other comic-book game: Fables.

Fables is a monthly serialized comic book series from writer Bill Willingham. It deals with characters and creatures of folklore who live in New York City. Telltale Games using it as the basis for its next adventure franchise. Telltale has a simple landing page on its official website making the announcement. Fans can sign up for a mailing list and the developer will send updates about the game’s production.

Besides the popular and critically acclaimed adaptation of Robert Kirkman’s zombie books, Telltale Games also produced the recent Sam & Max, Back to the Future, and Jurassic Park games. These focus on story and decision making. The Walking Dead features a moderately deep decision engine that would change many aspects of the game depending on player choices.

Telltale had previously dropped word that it was working with Willingham on a Fables game in mid-2011 at the San Diego Comic-Con, but the developer had been silent on that until a recent post to its Twitter account.

If you haven’t heard yet, it’s true. Game based on @billwillingham‘s #Fables has been announced from @telltalegames.telltalegames.com/fables

The Walking Dead’s fifth and final episode is due out within the next few weeks. We’ll likely hear more about Fables soon after that.