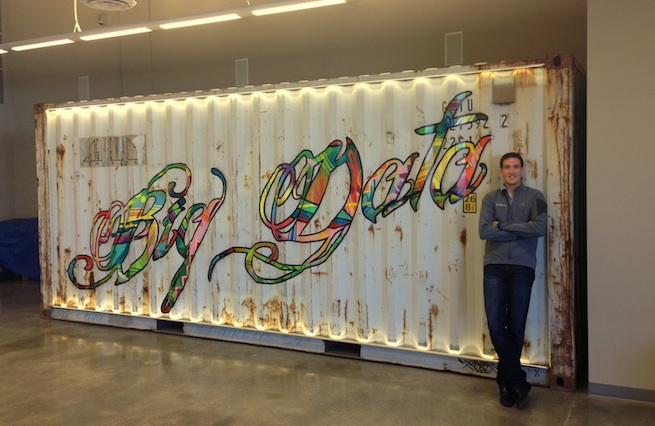 “Big data” isn’t just an enterprise trend. It’s a technological innovation that is already making a difference in your life.

Police are mixing crime data and sociological information to anticipate incidences of crime. A small cadre of scientists in Silicon Valley is harnessing genetics data to detect early signs of disease. For business owners and harried IT executives, it’s easy feel overwhelmed with the flood of so-called big data options on the market. That is, if you buy into the trend at all.

“Big Data” is one of the main themes of CloudBeat 2012, VentureBeat’s upcoming conference highlighting real cases of revolutionary cloud adoption. We’ll explore organizations’ current issues with huge datasets as well as the many solutions that vendors provide to these problems. Confirmed participants include Metamarkets, Cloudera, and Qubole. CloudBeat happens November 28-29 in Redwood City, Calif. Register today!

We believe it’s time to cut through the hype and show you some cool companies that use big data to further research in the fields of healthcare, law, government, and education. To assemble our inaugural list of 10 standout companies, we spoke with investors, analysts, and experts.

We narrowed it down to some ground-breaking favorites who helped define the field. You’ll notice that the companies cover a lot of ground — we anointed a leader in every category, such as data science, business intelligence, data visualization and analytics. We also threw a few impressive newcomers into the mix as well.

Meet our inaugural list of big data companies that are exploiting data in ways that you wouldn’t expect. 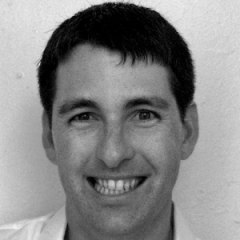 It’s been one heck of a year for Metamarkets, a startup that analyses things like tweets, payments, and check-ins for online publishers and web companies to better answer questions like: “Why are customers canceling their memberships?” or “How are users moving through the site?”In the spring, investors clamored to pour money into the San Francisco-based company, which currently has about $23 million in the bank. Aside from being freshly minted with venture funding, here’s why Metamarkets makes our shortlist.

It took guts to down an offer from Twitter: Michael Driscoll, who was Metamarkets’ chief technology officer at the time, wouldn’t back down from his vision to build a bigger company.

It has some cool customers: The technology sees use from digital media companies like the Financial Times and AOL, who need to get better insights on the value of their ad inventory.

“At the customer level, we’ve learned to paint our product in more emotional and less technological terms. Ultimately, big data and its technologies are not the story, it’s about helping people do their job better,” says Driscoll, who is now Metamarkets’ chief executive.

It has one straight-talkin’ CEO: Driscoll told me that we need to reexamine all the hoopla around Hadoop, the open-source computing software that is leveraged by companies like Twitter to store terrabytes of tweets per day: “It’s a service, not a solution,” he said. Driscoll told me he looks up to Aaron Levie, the 20-something CEO of cloud storage startup Box. He told me we need more founders who are willing to bring a natural-born salesman’s brand of personality and smarts to enterprise.

The technology is designed to be easy to use: Metamarkets provides a packaged Software-as-a-Service application so customers can get up and running in a few days. It scales as customer data volumes grow. 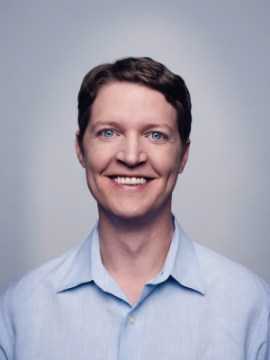 Above: Christian Chabot, CEO of Tableau

Tableau is a data visualization startup that appears on nearly every list of hot big data startups, but it hasn’t raised a funding round in four years. It is one of the small cadre of companies that are responsible for putting data visualization on the map. Here’s why Tableau made our shortlist.

It doesn’t need your VC cash: The startup’s last funding round in 2008 was for $10 million. It hasn’t taken a dime since then, and it’s on the road to profitability.

It’s changing the way we consume digital media: Tableau is a favorite for media folk experimenting with new ways to use data in their stories. Tableau offers a tool that lets anyone create gorgeous charts and maps for free, no programming expertise required. Reporters at the Wall Street Journal and the Huffington Post use it.

It’s putting data in the hands of people who need it: Big data can be useful for everybody in many ways — it’s not just a money-making tool for businesses. By putting this tool into the hands of a nonprofit like government watchdog California Common Sense (a current customer), Tableau’s software is analyzing volumes of political data to expose fraud and inconsistencies so voters can make informed, data-driven decisions before they vote.

Eat your heart out, Google: “Our mission, to help people everywhere see and understand data, isn’t all that different from Google’s,” Christian Chabot, the company’s cofounder and chief executive, told VentureBeat.