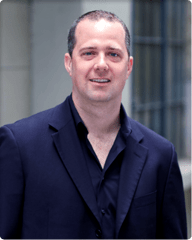 The explosion of tweets and “likes” on social networking sites like Facebook and Twitter is valuable for company brands. DataSift, a cloud company, has $15 million in venture capital funding to do the heavy-lifting; its technology can gulp down and analyze data across the social web. This helps companies get a handle on public opinion on the breaking news and respond with targeted marketing messages.

It has a coveted licensing agreement with Twitter: Plenty of social media monitoring companies are listening to conversations on Twitter and gathering insights. With Twitter on board, DataSift is one of the few that can analyze historical tweets. Hypothetically, the company could compare how the public responded to news and events during the 2008 Summer Olympics with this summer’s games held in London.

Its founders pulled the plug on TweetMeme: I have high hopes for DataSift if it can live up to the success of TweetMeme, the site that was developed by DataSift’s technical lead, Nick Halstead. But it took nerve to shut down such a popular social media tool. According to DataSift’s founders, they pulled the plug because DataSift is already showing so much promise and has amassed over 10,000 users. TweetMeme was a favorite with developers, who mourned the loss when the news broke last month.

CEO Rob Bailey has this to say about the big data mega-trend: “I call bullshit on the term ‘big data.’ First of all, the big data problem has been around since before there were computers. Too many companies focus on managing big volumes of big data without focusing on end solutions and providing answers for customers,” Bailey said. 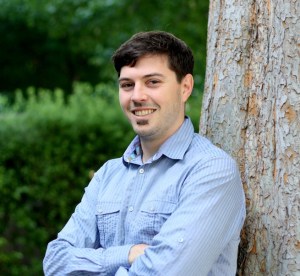 Above: Chris Neumann, cofounder of DataHero

Datahero has raised a $1 million in funding for its mission to “democratize data” by making it easy for anyone to understand and visualize it. Lots of companies use this term, but few have found a way to take the expert out of the equation. Founder Chris Neumann is one of a half-dozen early employees at Aster Data that left to start something new. The team has found ways to stand out: They showed initiative to raise seed funding, and we applaud this effort to hire engineers.

Lots of talent: Neumann was an early engineer at Aster Data Systems. He teamed up with chief product officer Jeff Zabel, formerly of BMW, where he was responsible for designing user interfaces for incorporating third-party apps like Pandora.

The founders will go to extreme lengths to impress potential investors: Neumann told me that during an introductory Skype call with the Foundry Group’s Brad Feld, they received a data file. To test the speed of the algorithm, Feld asked them to create a visualization of his fitness data on the fly. Shortly after, Feld cut the founders their first check.

It is taking on Excel: Good news for junior-level analysts everywhere: Spending hours hunched over spreadsheets may one day be a thing of the past. “This may sound strange, but the competitor we’re most focused on is actually Microsoft Excel,” said Neumann, the company’s founder. According to Neumann, it’s still the “go-to product,” but it’s not equipped to make meaningful sense of the data.

It aims to bring design to the enterprise:  According to Neumann, his cofounder “lives and breathes user-centric design” — rare for an enterprise-focused product. Zabel is an alumnus of the famed Stanford Design School — the “d.school” — and firmly believes that “technology must enable the design and the design must drive the technology.”