Zynga sued former CityVille general manager Alan Patmore after he left the company to work for social gaming rival Kixeye. Zynga alleges that Patmore (pictured below) took 763 confidential files from Zynga that contained game designs from teams around the company. Today, a judge in the case ordered Patmore to preserve any evidence as the case heads to trial. 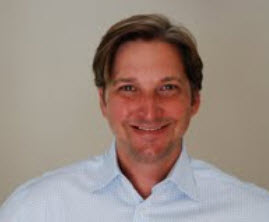 But Will Harbin, chief executive of Kixeye, Patmore’s new employer, sent a withering reply against Zynga. He said, “Zynga is burning to the ground and bleeding top talent, and instead of trying to fix the problems — better work environment and better products — they are resorting to the only profit center that has ever really worked for them: their legal department. It is simply another case of Zynga vindictively persecuting a former employee as an individual.”

It is worth nothing that Zynga has not sued all of the former executives who have recently left the company. Zynga once sued some employees who left to work for Playdom, but that litigation has been settled for some time.

Harbin continued, “Given their financial situation, it all feels pretty desperate. Our games have little in common with the ones that Zynga is known for. We make synchronous combat-strategy games. They make asynchronous cow-clicking games. We have two of the top seven highest-grossing games on Facebook. Why on earth would we want to emulate a business that has seen a 75 percent decline in share price since their debut? According to their S1, their games average $.06 ARPDAU. Our games generate up to 20 times that. You do the math.”

Meanwhile, Jay Monahan, the deputy general counsel at Zynga, issued a statement that said, “Today, the court ruled in our favor by continuing the temporary restraining order against Mr. Patmore, including anyone acting in concert with him. The Court also ordered three additional categories of relief in favor of Zynga ordering (1) expedited deposition of Patmore, (2) forensics of Patmore’s work issued computer, personal computer and iPhone, and (3) forensics of Patmore’s personal Dropbox account.

He added, “Patmore does not dispute that he took 763 files from Zynga, which contained confidential game designs from teams around the company, and that he transferred those files to his computer at Kixeye where he’s currently the VP of product. We are pleased with the judge’s decision and will continue to work to protect the ideas and assets of our employees.”

Kixeye also made the news recently when a former contractor accused the company of racism. Harbin denied those claims.