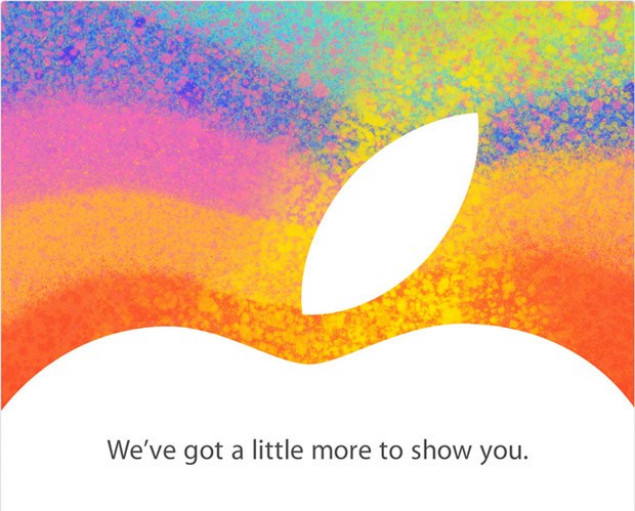 Apple just sent out invitations to a potential iPad Mini press event event in San Jose on October 23, teasing “We’ve got a little more to show you.”

Given that recent rumors point to that date for an iPad Mini launch event, it’s pretty likely we’re going to see a smaller Apple tablet then. We’ve also heard that Apple may show off a 13-inch Retina MacBook Pro at the same event.

The timing of Apple’s invitation seems almost trollworthy, given that Microsoft announced the official pricing of its Surface RT tablet just this morning. In fact, Apple’s invites went out right when Microsoft opened up Surface pre-orders online.

The iPad Mini is expected to feature a 7.85-inch screen to compete with 7-inch Android upstarts like the Kindle Fire and Nexus 7. In terms of pricing, I’m expecting it to run between $250 and $300.

VentureBeat will be on the ground at Apple’s October 23 event, so check back here for updates!