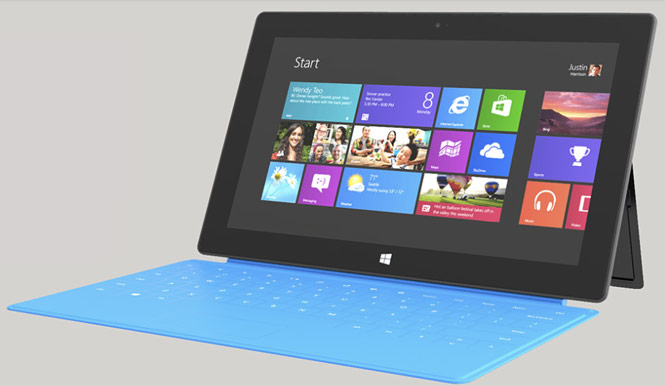 Still think the leaked iPad Mini pricing was a mistake?

Microsoft Surface pricing is out of the closet, seemingly leaked by Microsoft (and just now confirmed). With a base model at $499 complete with 32GB of storage, and Microsoft’s very cool-in-concept Touch Cover raking an additional $100 out of your pocket, the newest retina iPad is very much in Microsoft’s sights.

Outfit a retina iPad with 32GB of storage, and you’ll be looking at an equivalent $599 number — without a cool type-on cover. Adding Apple’s smart cover — which isn’t smart enough to type on — will add another $50.

But … and I repeat but … the iPad 2 is $399. Granted, it only has 16GB of storage, but it’s a full-fledged tablet with a massive ecosystem of custom-built apps. And the iPad Mini pricing looks to be starting at just $250, which analysts think will compare well to Surface tablets. Again, granted, it’s a 7″ tablet, not a full-size, but it has that ecosystem.

One more point: The retina iPad is just that, retina. It has three times the pixels of the Surface’s 1,366 x 768 screen — and therefore a better picture and visual experience.

The immediate reaction on Twitter seems to be that Surface pricing is too high.

And let’s be straight-up about the ecosystem. In spite of continuous and good work by Microsoft to build the app, music, and content ecosystem, only one thing will incentivize developers to build apps in the tens of thousands for Surface: users, users, users.

Software engineer Davide Senatore makes this point in a tweet:

Not everyone agrees that Surface is too costly.

Analyst Patrick Moorhead feels the pricing is not bad, saying that “at $499, Microsoft Surface would drive serious volume even versus an iPad. At $599 with the keyboard, it really is a good value proposition.”

Jack Gold, with Gold and Associates, feels the pricing is “reasonable, but not aggressive,” mostly because Microsoft is still relying on many other hardware partners to also build Windows tablets.

Microsoft is not trying to undercut the market with this. The goal is to seed the market — get reasonable quality devices out there into the hands of consumers to get some momentum going behind Windows 8 on tablets. They are not trying to undercut their supply chain (Acer, HP, Dell, Lenovo, etc.) where the bulk of the device sales will be. But this forces a high profile evaluation of the devices (MSFT still has a good deal of marketing clout). This is the same strategy Google uses/used with Nexus phones and tablets.

Kindle Fires, which Amazon sells as razors to make money on content blades, sell at cost — just $159. The similarly-sized Galaxy Tab2 is just $199 at Amazon.com right now, and the full-sized 10.1″ model is just $349. And Android tablets from no-name manufacturers are selling as low as $85.

It all adds up to a busy, full tablet market with a lot of choice.

Two of those ecosystems, Google’s and Apple’s, are strong, mature ecosystems. A third, Amazon’s, is fairly impressive as well, with more content than Apple’s or Google’s in some areas. The fourth, Microsoft’s, is still relatively nascent, still somewhat lacking in depth and breadth.

Can four content and computing ecosystems live side-by-side? We’re about to find out.

But it would have been a better contest, I think, if Surface came with an entry point of $399.