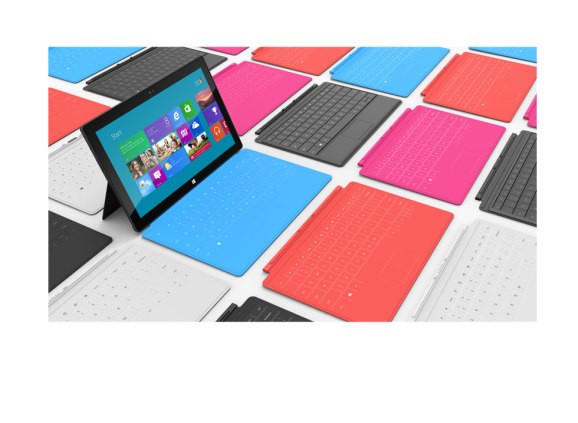 Update: Microsoft has officially announced the Surface RT’s price (no change from what’s below).

Seemingly accidentally, Microsoft unveiled the pricing for its Surface Windows RT tablets on its online store this morning: The base unit with 32 gigabytes of storage will go for $499, making it the ideal iPad killer, while the 32GB model with a Touch Cover Keyboard will cost $599.

At the high end, Microsoft will offer a 64GB Surface with a Touch Cover for $699. All of the models show October 26 as the shipping date. Microsoft also lists the Touch Cover separately for $119, which features a flat touch keyboard, while the version with a more traditional keyboard costs $129.

Pricing was one of the many key details Microsoft left out when it unveiled the Surface tablets in June, and I’m sure the company wanted to make a bigger deal of having an iPad competitive $499 price. You’ll be able to pre-order a Surface at Microsoft’s site starting at 9 am Pacific today, or you can pick one up at a Microsoft store on October 26.

The Surface RT pricing is surprisingly level-headed for Microsoft, though a part of me wishes the company went the extra mile to price it below $499. Given that Microsoft is starving for tablet market share, it would have made sense to aim for a $399 or $450. Then again, given just how slick the Surface looks, Microsoft may already be losing money on the Surface RT’s $499 price.

We’re still awaiting pricing on the slightly larger Microsoft Surface running Windows 8 Pro, which will be able to run existing Windows programs and sport more powerful hardware (at the cost of being heavier). Since that Surface is basically a full-fledged PC, it’s expected to sell for $800 to $1,000. Windows RT devices, including the Surface, will only be able to run new Windows 8 apps from Microsoft’s app store.