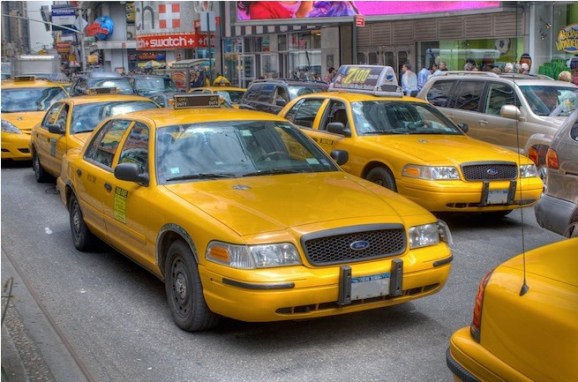 In überdisappointing news for would-be e-hailers, mobile car service startup Uber officially discontinued taxi service in New York today. Embroiled in a tussle with the New York Taxi and Limousine Commission (TLC), the startup was forced to shutter the offering just a month after launch.

“We did the best we could to get more yellows on the road, but New York’s TLC … put up obstacles and roadblocks in order to squash the effort around e-hail,” Uber cofounder and CEO Travis Kalanick wrote in a blog post Tuesday.

Uber is the San Francisco-based startup servicing a panoply of metropolitan markets with an entirely mobile way to find, book, and pay for car service. Not content with its livery vehicle play, it branched out by adding cabs to its fleet in places such as Boston and Toronto. Unfortunately for Uber and its New York customers, its e-hail product launched before securing the blessing of the TLC. The taxi commission met the aggressive maneuver with equal hostility.

The Verge sniffed out the shutdown before Kalanick chimed in with official word of the NYC taxi service’s demise. In Uber’s blog post, Kalanick glossed over the legal challenges associated with operating an electronic hail system and instead focused on the startup’s inability to meet customer demand.

“Unfortunately, as many of you have noticed, there haven’t been enough available TAXIs. Demand far out-stripped supply, making you feel pretty lucky when you got a yellow from your iPhone,” he said.

Kalanick left the door open for a return of the taxi service next year, as did the TLC, which notified VentureBeat of its intention to amend city regulations.

“In recent months, as e-hail apps have emerged, TLC has undertaken serious diligence and is moving toward rule changes that will open the market to app developers and other innovators,” TLC commissioner David Yassky said in an emailed statement to VentureBeat. “Those changes cannot legally take place until our existing exclusive contracts expire in February. We are committed to making it as easy as possible to get a safe, legal ride in a New York City taxi, and are excited to see how emerging technology can improve that process. Our taxis have always been on the cutting edge of technological innovation, from GPS systems to credit card readers.”

New Yorkers can continue to use Uber’s mobile application for booking black cars and hybrids.

This post was updated with a statement from the TLC.