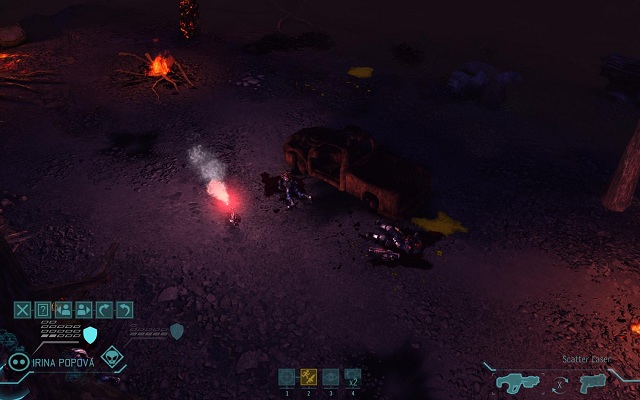 So your Skyranger troop transport just came back empty. The Nigerian government reported alien activity in the city of Lagos, where you unsuccessfully engaged groups of surgically enhanced flying creatures and four-legged bugs that made quick meals of your solders and, oh yeah, turned them into zombies. You were using cover, right? Overlapping fields of fire? No?

All right, wipe that blank stare off your face because I’m here to take you through XCOM boot camp. Within, we’ll cover the basics, soldier ability progression, and tactical maneuvers. I’ll have you scraping Martian scum off the bottom of your shoes in no time flat.

XCOM’s squad-level skirmishes are turn-based, meaning that you’ll move your soldiers first and then wait for the alien player (the computer A.I.) to move its. You’ll always get the first-turn advantage.

Each heavily armed warrior on your team can take two actions per turn. Your options include: moving twice, moving once and then taking an action, taking an action first, or dashing across a great distance. The latter two options consume both of a soldier’s actions at once. Some soldier-class specific skills bend the rules a little here, but we’ll get into that later on.

Actions that your troops can take include firing their weapons; using grenades, Medikits, or other items; going into Overwatch, which allows the unit to take a reaction shot against any aliens that enter into the soldier’s visible range; and using special abilities unique to each class. Dashing gives soldiers an increased chance to dodge enemy reaction fire. 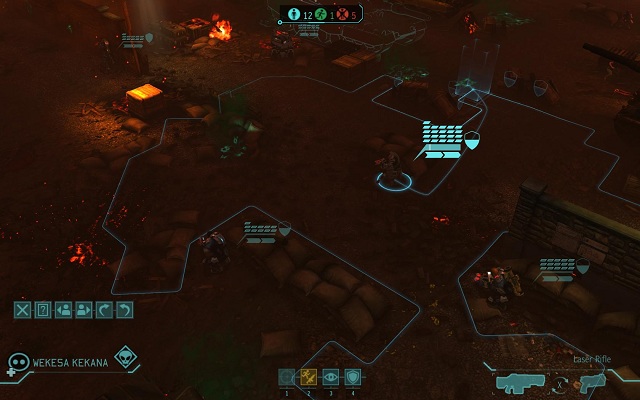 Most missions require that you eliminate all threats from the map; although, you can retreat from an engagement going poorly by running back to the Skyranger. Others could task you with escorting critical personnel to a dust-off zone or disabling a ticking time bomb.

You must be careful, though, as you fight through each tactical battle. Soldiers whose health reaches zero will die — and in stark contrast to many other modern, big-budget games — permanently. Sometimes, a trooper might fall into a critical condition instead of outright perishing; however, you will only have three turns to stabilize him with a Medikit before he bleeds out.

Now that we have the basics out of the way, let’s discuss the troops themselves.

New recruits begin the game as Rookies. After earning some experience in a firefight, they each upgrade to one of four classes: Heavy, Assault, Sniper, or Support. The Heavy can fire a rocket launcher, the Assault gets Run & Gun (which allows him to dash and fire in the same turn), the Sniper gets Headshot (which increases his chance to inflict critical damage), and the Support can throw down smoke grenades, conferring additional defense to any units within the cloud.

Each subsequent promotion up the command chain gives you the option to select special abilities unique to each soldier type, and many ranks force you to choose between two different perks. Class also limits which weapons are available to your team members.

Selecting complementary skills can create powerful combinations that not only open up new tactical options, but also help keep your troops alive through the fight. I’ll highlight possible builds for each class, detailing their combat roles, on the next page.