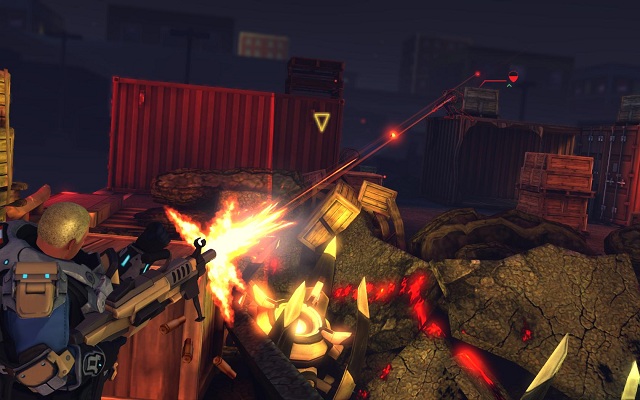 Just as the name implies, your “Sarah Connor” Heavy is a powerhouse of destruction who specializes in taking down The Machines, as HEAT Ammo doubles her damage against tough robotic enemies like the Cyberdisc or the deadly Sectopod.

Bullet Swarm allows her to move after firing or to take a second shot while standing still. With Shedder Rocket, she can target a group of aliens and cause them to take additional damage from supporting attacks for the rest of the turn.

Danger Zone and Mayhem boost the pain she can deliver to the alien menace by increasing the blast radius of rocket explosions and upping her overall damage output.

Taking the moniker of Full Metal Jacket’s machine gunner, Animal Mother protects and supports the rest of the squad. He provides a bonus to aiming for other soldiers who fire at the same alien with Holo-Targeting. Suppression lets him pin down an extraterrestrial invader by reducing its aim and gives him an automatic Overwatch opportunity should the creature try to move. This combination can be lethal when coupled with Rapid Reaction, which allows him to fire two reaction shots if the first one connects.

And because explosives are the only weapons that allow use of free aim, Grenadier and Rocketeer can give him extra opportunities to remove the cover from the map, thus exposing aliens and making them easier to hit. 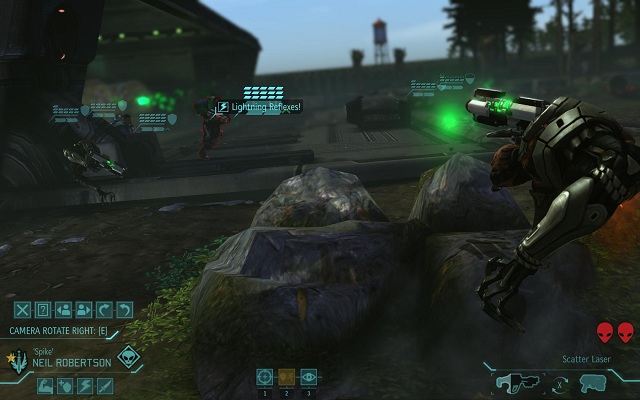 Just like the heroine of another alien conflict, the “Ellen Ripley” takes the fight to the invaders. Aggression and Close & Personal increase her chances to score a critical hit while Bring ‘Em On and Killer Instinct up the base amount of critical damage. Allow those to act in conjunction with Rapid Fire (which lets her squeeze off two shots in quick succession at a single target) and Run & Gun, and your “Ellen Ripley” becomes a short-range extraterrestrial killer.

Based on the classic U.S. Special Forces character, the “John Rambo” is all about getting in close without taking a scratch. Tactical Sense and Resilience help keep him alive as he moves through the battlefield, and Lightning Reflexes allow him to automatically dodge the first volley of reaction fire to come his way. Close Combat Specialist gives him a free reaction shot (even if he’s not on Overwatch) for any enemies that step within four squares of his position.

All of these support his ability to get in and use Flush, which forces the targeted alien out of cover and into the open, allowing the rest of the squad to take it down easily. 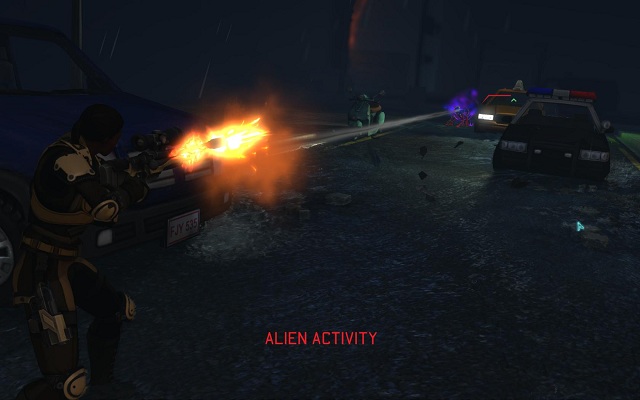 Named after U.S. Marine Carlos Hathcock, who once famously shot an enemy sniper through his foe’s own scope, White Feather specializes in killing aliens over long distances.

This class cannot move and shoot his rifle in the same turn, so Squad Sight allows your other soldiers to act as spotters. He’s able to target enemies beyond his visible range; although, he still needs direct line-of-fire. When in an elevated position, Damn Good Ground gives him an aiming bonus. This is the type of trooper whom you should position early in a skirmish and rarely move, if at all.

Double Tap, though, is this build’s most important skill, which lets him take two shots — any combination of regular, Headshot, or Disabling Shot (which causes the enemy’s weapon to malfunction) — per turn if he doesn’t move.

In contrast to White Feather, your “Hudson” turns the Sniper into a forward recon unit. The Battle Scanner, like the Aliens character’s motion tracker, lets him throw down a device that exposes an unseen area of the map — including any aliens within — for two turns.

Since he moves with the squad, Snap Shot comes in handy. This ability lets your Sniper fire his rifle on the move but with reduced precision. Executioner, which provides a bonus to aiming against low-health targets, should help mitigate that in certain situations.

Gunslinger adds damage to attacks from his sidearm — just in case an alien is too close for comfort (the sniper rifle has an aiming penalty for close-range targets). And In The Zone, in which a sniper rifle shot won’t cost an action if it kills a flanked or uncovered target, is more useful when you can reposition as necessary. 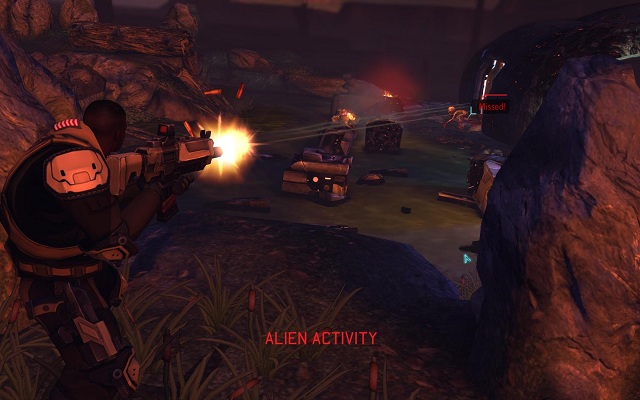 The Combat Medic is just that: a specialist in keeping your soldiers alive. Sprinter allows him to cover more distance and reach a downed-but-not-out soldier before he bleeds out. The Field Medic ability increases the number of Heal and Stabilize applications from one to three, and Revive changes Stabilize to bring back fallen (but not out) troops into the fray with 33 percent full health.

Like Jesse “The Body” Ventura’s minigun-wielding badass from Predator, this build ain’t got time to bleed.  Your “Blaine Cooper” turns the Support class into an aggressive but still assist-focused role. Covering Fire lets him take reaction shots against aliens who fire as well as move, making Overwatch a more useful ability. Sentinel goes further and allows two reaction shots per turn. Rifle Suppression is the same as the Heavy’s Suppression, giving him better control of the battlefield.

Smoke and Mirrors lets him carry an extra smoke grenade, which pairs well with Dense Smoke’s doubling of the defensive bonus.

With an advanced team, your soldiers’ abilities can complement one another to really turn the tides. You could, for instance, use your Animal Mother to lay down a suppressing fire and paint an alien with Holo-Targeting while your John Rambo dodges reaction fire, gets in close, and flushes it out of cover. Then your White Feather can pick off the exposed enemy from a safe distance with almost no chance of missing.

On the next page, I’ll discuss how to keep your squadmates alive in the field and emerge victorious from battle.