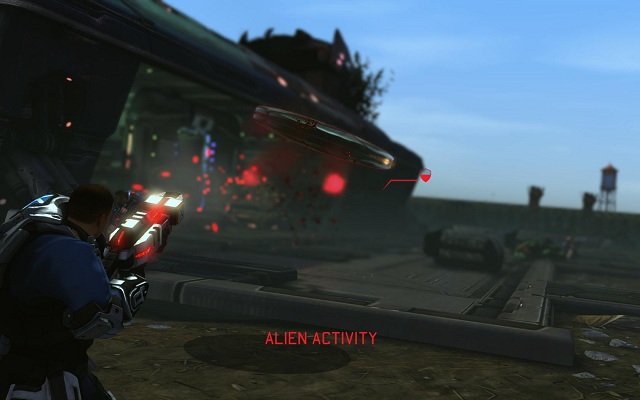 Enemy Unknown’s squad-level skirmishes are all about smart positioning. You need to intelligently use cover to your advantage, know when to push forward or when to pull back, and how you should use your soldiers’ special abilities.

Understanding how cover works
Ducking soldiers behind parked cars or hugging them against brick walls are maneuvers critical to their survival.

A colored shield indicates the specific terrain bonus or penalty currently affecting a unit. A half-filled blue shield means half cover, which confers a penalty to an attacker’s to-hit percentage; a full blue shield is full cover, which doubles said penalty. A yellow shield shows that the unit is flanked, which gives the attacker a bonus to his aiming. A red shield indicates that the unit is exposed on at least one side.

X-Com vets, this part is for you: Cover doesn’t work the same way as it has in the series’ past. You might recall that planting a trooper behind a solid wall would not only shield him from enemy fire but also obscure him from view. This is not the case with Enemy Unknown.

Cover, whether half or full, does not hide your squad from the enemy; however, if the cover your soldier is behind is full cover and also surrounded by full cover, then he will be obscured so long as he is not also flanked.

Keep this in mind when moving up the battlefield. Sometimes it is more beneficial to hide your soldier than to place him on a wall corner or the edge of a truck. He will be visible, and that means that aliens can target him during the computer’s turn.

You’ll also want to “bunny hop” your team as you bounce from cover to cover. Have a trooper move once and then go into Overwatch. March the next just ahead of his squadmate. On the following turn, move that soldier up once and put him into Overwatch while the other advances just in front of him. Doing so allows you to provide covering fire over your forward units without advancing too quickly or too slowly. 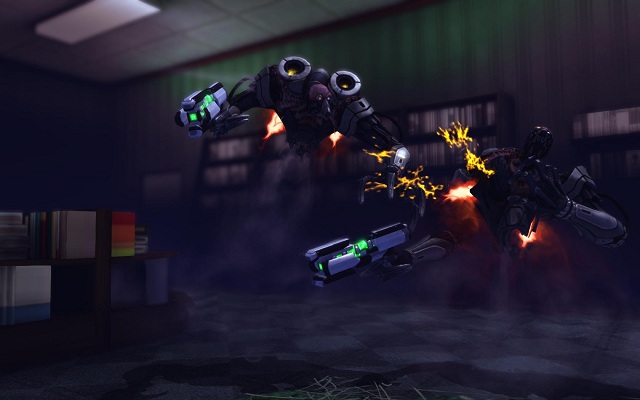 Exploiting of the “alien reveal” free move
No longer will spotted extraterrestrials merely stand in creepy silence with cold blank stares on their faces. Enemy Unknown takes a more action-orientated approach as any time your soldiers eye some Martian scum, the camera swoops in for a dramatic entrance. This inevitably gives your opponents a free move to cover during your turn.

What gives? Well, you don’t have too much to worry about. Here are a couple tips to help you deal with this.

First, don’t dash! Since discovering aliens on the map no longer interrupts an already in-progress action, dashing can easily leave your soldiers in undesirable locations. You won’t be able to reposition them after making such a move.

Only dash under specific circumstances: If you have a trooper very far from a firefight and need to close the distance fast, if you need to get a medic to a wounded or downed comrade, or if you’re relocating a Sniper who can’t move and shoot with his rifle anyway.

Second, put units into Overwatch midturn. Even though it hardly makes sense, troopers in Overwatch take reaction shots against any alien that moves — no matter whether it’s your turn or the computer’s. Thus, putting soldiers in Overwatch causes them to fire on aliens making this free-reveal move.

A good place to set up these kinds of ambushes is while exploring UFOs. The aliens’ spacefaring crafts are filled with choke point doors where you can position three to four soldiers on Overwatch. Opening the entrance sometimes immediately reveals the extraterrestrials inside, thus giving your squad an opportunity for reaction fire while your enemies are still in the open. This is especially easy to prepare outside of the control room, where Outsiders (the crystal-shard guys) frequently spawn. 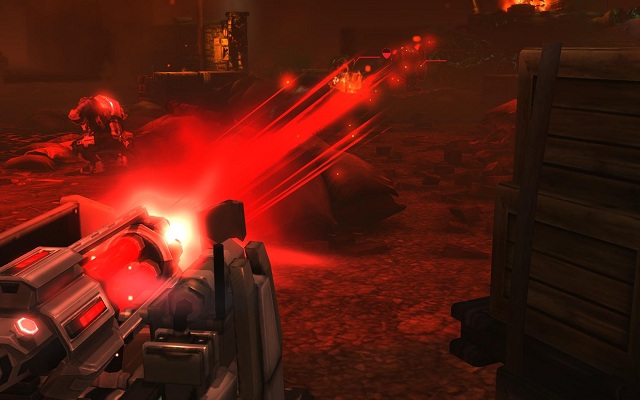 Surviving early battles
At the beginning of Enemy Unknown, you’re especially outnumbered and outgunned. The aliens have deadly accurate plasma weaponry while you’re still trucking around with basic ballistic firearms. But you can increase your squad’s chances of not coming home in body bags with these tips.

First, use explosives a lot. Disregard the whining of your science officer. What’s better? Some weapon fragments or the lives of your soldiers? Liberal destruction of the battlefield with grenades and rockets is one of your best options. Doing so will not only remove the cover protecting the invaders but explosives can also usually eliminate more than one opponent at time, quickly evening the odds.

Second, equip the Nano-fiber Vest as soon as you can. Hopefully, you’ll have a couple of Heavies at this stage, and with their rocket launchers, you should be able to drop grenades and instead equip this protective gear. The additional health before having researched the first armor upgrade can make the difference between life and death for your troops.

Finally, bring along a S.H.I.V. with rookie squads. These are mobile weapons platforms that also act as light cover. They come preequipped with powerful weaponry, can eventually use Suppression, and can really take a beating — much more than your squishy soldiers. Even though they won’t gain experience — and you have to sacrifice a whole seat in the Skyranger — they help keep your more valuable men and women under your command alive. The longer the meat bags survive, the more ranks they can reach and the more specialties they can unlock.

Now that you have a better idea about how combat works; how you can build your soldiers into lean, mean, alien-killing machines; and how you should approach the tactical skirmishes that form the heart of XCOM, get out there and give ’em Hell!

Come on, you apes! You wanna live forever?

Having trouble with Enemy Unknown’s strategic layer of research, engineering, and base management? This guide has 8 tips that could help.