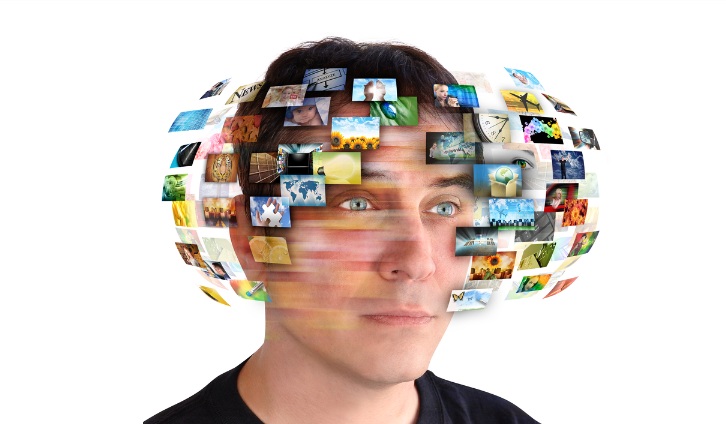 Television has been the Holy Grail for innovators. Its near universality and the potential for billions in ad revenues have tempted many. There is renewed activity in the TV space. Twitter head Dick Costolo has talked about Twitter’s future being a second-screen experience. Boxee just announced a new set-top box that incorporates a cloud DVR. Amazon’s new Kindle Fires are designed for video.

But television is a tough business. With all of this activity, it’s a good time to look at just how tough it is to make an impact.

Here are eight companies that have changed TV the most, in order of the degree of impact.

1. TiVo. No company has had as much impact on television in recent years as TiVo, so much so that TiVo has become a verb. DVR users don’t have to pay attention to time slots or TV networks. An old TiVo commercial showed network TV programmers being tossed out of a window. One boop-boop and you’ve zipped past a commercial. Three or four and you’ve skipped all the ads that sit between you and your show. DVRs have had such an impact that Nielsen, which measures TV audiences, has had to revise its ratings system to take into account DVR usage. Nielsen now tracks live + same day, live + 3 days, and live + 7. Some shows, like Modern Family, see a substantial portion of their viewing delayed on DVRs. Networks have become less relevant because people don’t even bother with network names, they focus on the shows. The latest versions of TiVo’s hardware make it possible for users to access content from Netflix, Hulu plus, Amazon, Pandora, and others. TiVo’s new Stream device lets you watch content on an iPad or download it for watching when you’re disconnected, like on an airplane.

But for all of its efforts, TiVo hasn’t reaped the rewards. Lacking distribution, it has struggled while off-brand (and largely inferior) DVRs from cable and satellite companies made their way into nearly half of U.S. TV households. The company has turned to rent-seeking on its patent portfolio; in 2011, Dish and EchoStar agreed to pay TiVo $500 million. If you invested in TiVo shortly after its IPO 13 years ago and held, you’d be down 72%.

2. Netflix. Although Netflix is largely thought of in the context of movies, it has also changed the way we watch television. It’s not uncommon for people to watch entire seasons of an old show over the course of a weekend through Netflix streaming. I just started watching Breaking Bad this year due to all of the glowing reviews. I started by TiVoing all of this season and not watching it. I went back on Netflix and did marathon Breaking Bad sessions until I caught up and then started watching the episodes saved on TiVo.

Netflix gives old shows a second chance and provides opportunities for content creators to generate additional revenue. Netflix now has more subscribers than any of the cable or satellite companies. It’s using all of that leverage to get into producing its own content. The company is bankrolling Kevin Spacey’s House of Cards as well as reviving cult favorite Arrested Development. Netflix has amassed a lot of data on the interests and viewing habits of its customers. It can use all of that data to determine what kind of content it should buy or produce.

Producing original content is important for Netflix because it could give it some leverage over studios and distributors. Otherwise, its pricing, costs, and margins will be dictated by studios.

Netflix has also embedded itself in all sorts of consumer entertainment devices, including TiVo, Roku, Xbox, Apple TV, and many TVs and Blu-Ray players. In my (admittedly geeky) home, there are five devices that can stream Netflix content, not including computers, tablets, or phones. That’s a tremendous footprint from which it can sell its streaming wares.

The top two have had significantly more impact than the others on my list. But the rest have also had important impact on television. Again, in order of importance.

3. DIRECTV. This wasn’t on my original list, but tech writer and friend Rob Pegoraro, convinced me to add it. DIRECTV finally brought competition to subscription television, as long as you have line-of-sight to the southern sky. Although I would’ve preferred lower cost options, DIRECTV has primarily competed on service and selection. It was part of the reason for the big run up in channels. The capacity of satellite allowed it to serve audiences that cable couldn’t effectively serve at the time. Want a channel for Filipinos? There aren’t enough Filipinos in most local markets to support that channel. But you add up all of those audiences around the country and all of a sudden you can support that channel. (This has changed in recent years as cable gained more capacity with the launch of digital cable systems.) DIRECTV’s NFL Sunday Ticket lets hard-core football fans watch every game, every Sunday.

4. YouTube. As Pegoraro said, if the question were expanded to innovators in video content and not just television, YouTube would be the clear winner. But even when we restrict the question to television, YouTube has had an important impact: It has reduced our collective attention spans. Paying attention to something for 15 minutes is much more of a chore than it was seven years ago. YouTube has also atomized content. Where TiVo sliced away content from the networks, YouTube slices it up even further. We can watch just the segments we’re interested in. One of the earliest successes on YouTube was Lazy Sunday, a skit from Saturday Night Live. With as much crap as a typical SNL episode has, watching just the good bits is a lot more palatable. YouTube also popularized embedding video, make it easy for videos to go viral.

The other important point is that any time you spend on YouTube or other online video sources takes away from time you could spend doing other things — like watching television.

5. Hulu. A company that Google originally called “Clown Co.” has become an important distributor of television content online. With officially licensed content, Hulu can offer content immediately after it airs. In many ways, Hulu is better than a DVR. For paying subscribers, much of Hulu’s content is available on television screens through devices like TiVo and Roku.

Unfortunately, Hulu has had at least one arm tied behind its back for the entirety of its existence. Its owners — primarily television networks — don’t want it to be really successful and steal eyeballs from TV. They just want it to be successful enough to deter torrents. Increasingly, programmers are trying to kneecap Hulu and push towards TV Everywhere, a strategy that requires viewers to prove they pay for cable or satellite in order to watch content online.

6. Endemol. Big Brother. 1 vs. 100. Extreme Makeover. Fear Factor. Love it or hate it, but “reality” television has undoubtedly changed the look of television over the last decade. There have been a number of reasons for the shift. Commonly cited is that “reality” programming is cheaper to produce than scripted television, even if some of it is quite divorced from reality. But equally important is that people tend to watch reality shows live. If people are watching live, that means they aren’t skipping commercials and they’re watching promos for other network shows. (Thanks to Simon Menashy of MMC Ventures for adding this to my list.)

7. Comedy Central and Jon Stewart/Stephen Colbert. Comedy Central has been among the most aggressive of the cable networks in putting its content online in ways that are easily accessible to consumers. While many programmers are pursuing TV Everywhere, Comedy Central makes some of its most desired content available online to anyone with an Internet connection. I could even watch The Daily Show when I was living in Malaysia without having to fake my IP address.

Stewart and Colbert have fully adopted the Internet, incorporating users into their content creation. They frequently take shots at their bosses, the Viacom media conglomerate.

You can search their web sites for historical guests. The shows are chopped into segments so that you can watch just what you want. Stewart frequently does extended interviews with guests that don’t fit into the show’s 30 minute format and makes the entire interview available online. Apps for mobile phones and tablets let you watch the content anywhere.

To be fair, Stewart and Colbert can afford to be innovative because the content they create has little reuse value. Topical comedy wouldn’t sell well on DVD and can’t be syndicated. Those are usually two lucrative revenue streams that programmers are trying to protect with restrictions.

8. Major League Baseball. Here’s a content owner that is taking its future in its own hands. The folks you need to ask for “express written consent” if you want to transmit any account of a baseball game are doing a very good job of bringing content direct to consumers. Are you a Tigers fan living in San Francisco? You can watch every Detroit game whether it airs on TV in the Bay Area or not. MLB also provides a good second-screen experience.

The big flaw in MLB’s offering is that you can’t watch your home team through its apps due to blackout rules. MLB is trying to protect lucrative local TV revenues. Still, MLB Advanced Media is reshaping the future of content delivery. It also employs its own reporters to cover games.

With all of these successes, there have also been many, many failures. Four giants — Apple, Google, Microsoft, and Yahoo — have all made various attempts at the broader TV market with little success to date.

Television is a massive business and two of the key stakeholders — the National Association of Broadcasters and the National Cable & Telecommunications Association — are among the most powerful lobbying groups in Washington. They’ve got too much at stake to let much change happen that threatens their positions. Former FCC head Michael Powell is now lobbying for the cable companies.

One of the biggest early innovators — Replay TV — was sued into oblivion because it was too innovative. (Its founder, Anthony Wood, went on to found Roku.) A similarly exciting technology, Aereo, is facing its own legal challenges. Even where technologies are clearly legal and government mandated, the cable companies only begrudgingly go along. In order to use TiVo with cable service, I needed a CableCard. It took me weeks to get Comcast to provision it correctly. And that only happened because I escalated to Comcast’s executive customer service group.

At the same time, consumers are a lot slower to adopt technology than many in Silicon Valley would like. Most people aren’t cutting the cord. Linear programming still works for a lot of people. Lead ins still matter. A lot of people don’t want to deal with configuring and connecting set-top devices. Even as someone who understands networking and A/V gear, it wasn’t easy for me to set up a TiVo Stream.

There will be a lot of incremental changes. One that I’m strangely excited about is Logitech’s Harmony Touch remote, which makes navigating through hundreds of channels a lot easier. Roku has made a great (and cheap) box that streams Internet video. Although I’m dubious of the prospect for standalone set-top boxes, I’m intrigued by the features in the newest Boxee device. I’m also excited about second-screen experiences like IntoNow, which Yahoo recently acquired. If I had Marissa Mayer’s ear, I would tell her she should invest heavily in that product. Twitter has become a de facto second-screen experience, but the user experience is absolutely awful and hardly immersive.

Like some entrepreneurs I talk to, Rob Morrow’s character in the movie Quiz Show wants to bring down television. “I thought we were gonna get television,” he says. “The truth is… television is gonna get us.”

He’s right. As Mark Cuban (an early pioneer in online video and founder of HDNet) said, “The future of TV is … TV.”

But that doesn’t mean we can’t improve parts of the experience. There’s plenty of room for improvement.